0.00
EUR/USD
GBP/USD
USD/JPY
USD/CHF
AUD/USD
BRENT
Gold
Bitcoin
Risk Warning: Your capital is at risk. Statistically, only 11-25% of traders gain profit when trading Forex and CFDs. The remaining 74-89% of customers lose their investment. Invest in capital that is willing to expose such risks.
TopBrokers.com > Forex Basics > How to find best Forex spreads

How to find best Forex spreads 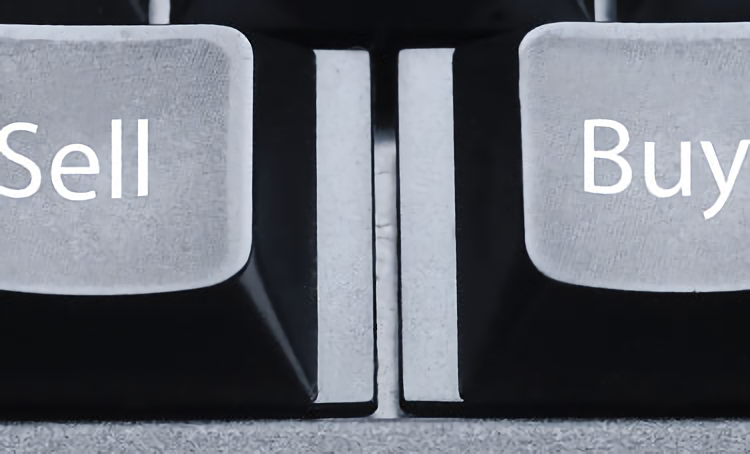 Still, there are certain measures and tips you can use to find favourable spreads. In fact, the fact that there are so many brokers, while making the search difficult, means that there is competition and spreads have had to be lowered. Back in the early 2000s, during the dot-com bubble, spreads for some of the main currency pairs was fixed at a very high rate, sometimes going up to 10 pips.

Now, such a figure is unimaginable, and any broker who dares to raise their spreads to that level would immediately lose all of their clients. So, now the main challenge remains to be finding the best Forex spreads among the sea of options. The spread offered should be taken into consideration when creating a trading strategy as it is going to affect how and when you open and close trades, so it is very important. (Look at how to create a trading strategy)

First, for those who don’t fully understand the concept of spreads, or why they exist, here’s exactly what it means. 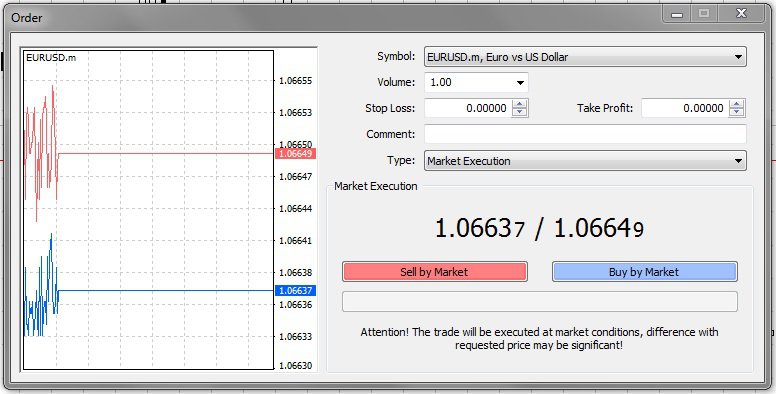 Immediately after the order was placed, my account would be debited with $14.4 because the spread is 1.2 (1.2 * 12). This is why all trades will start from a negative number as soon as the order is executed – because of the spread.

Now, you may be asking yourself why brokers charge spreads, and the answer is simple, that is their profit. The broker is only the middleman, the facilitator, matching buyers and sellers. For every currency pair bought, there has to be someone on the other end selling it. The person on the other end is the market maker, and they take the opposite trade every time.

When you place, say, a buy order, your broker has to find someone willing to sell the currency pair. Before they do, the broker will first accept your order even before they find a seller. By the time a seller is found, the value of the currency pair may have changed, and this is why they charge a spread, because of the risk they take.

Keep in mind that the quotes you get on your Forex trading platforms are historical quotes based on the last trade made in the Forex market, and things change every second. Still the broker has to process your trade immediately, no trader wants to wait, so he does that at the historical price. Afterwards, they will match the trade to someone willing to take the opposite position. This is usually a market maker or liquidity provider, usually a bank, but sometimes even another trader. While one trader is shorting a currency pair, another may be going long, so your trades may be matched.

It’s a risk the broker has to take, and for the risk plus the task of finding a market maker, the spread is applied. This is why the spread is also humorously referred to as the ‘cost to play’. In the above example, the spread was $12, and that was a single trade; with so many trades happening every day, it’s easy to see how the brokers make money.

For a broker, they have to maintain a competitive spread while at the same time minimize risk. This can be a very tricky balancing act so brokers have come up with 2 solutions – vary the spreads from time to time or stick to one fixed spread throughout.

This is the most common system employed by the majority of brokers. When the markets are not volatile, they can keep the spreads low so that their clients are comfortable to trade. During times of volatility such as right before important news announcements are made, they will raise the spreads considerably. It might seem complicated, but these days, computers can do the adjusting with minimal human intervention. 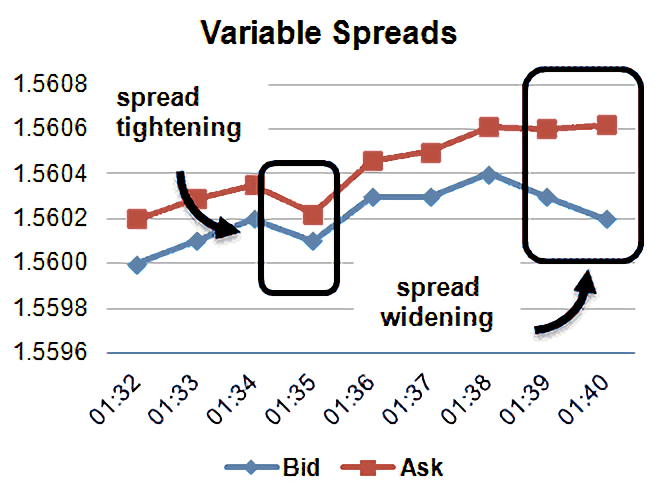 Most of these variable spread Forex brokers will inform their clients by email if spreads will be raised. During normal operations, spreads will only change slightly so that the broker can have an advantage over their competitors. You should also be able to check the spreads for any particular currency pair from the broker’s website or calculate by yourself from the ‘Order’ window.

The advantage of a variable system is that you can take advantage of the lowest spreads possible. For a trader intending to make short-term trades that only take a few minutes to open and close, like a scalper, a variable spread is an excellent choice (See the 10 rules of how to earn money with scalping).

Also, you can completely avoid any periods of volatility and enjoy only the lowest spreads when the markets are calm. Many traders do this, including major investment firms because market volatility is usually an unpredictable time.

Instead of constantly having to check the spreads being offered at the moment, there are fixed spreads Forex brokerswho will maintain a constant spread regardless of the market situation. Obviously, such brokers put themselves in some degree of risk when there is market volatility, so they compensate by offering higher spreads. While a variable spread broker can go as low as a 0.1 spread, a fixed spread broker will rarely go below 1. 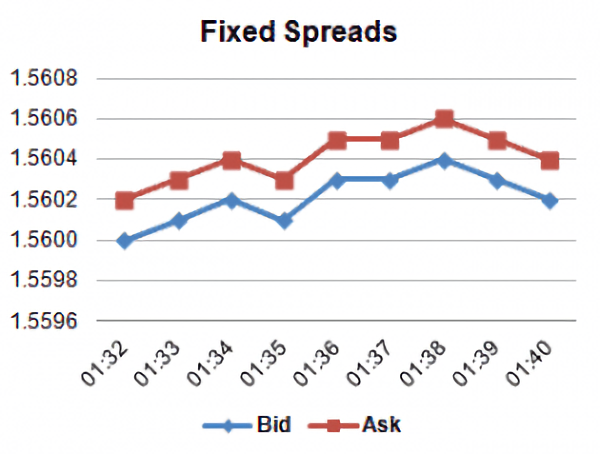 Fixed spreads were very common back in the early 2000s when there were only a few traders and even fewer brokers. Nowadays, there are only a few left, but they have a target audience. For those who prefer the comfort of trading at any time regardless of the market conditions, these brokers are the perfect match.

Even though they may charge more than the other brokers, you get the freedom to trade even when the markets are extremely volatile. If you’re capable of judging market sentiment and quick to place your trades, you can make a lot of money from just a few trades. (Forex market sentiment indicators)

Most Forex brokers will offer both of these options to a client when they are signing up for a live account. This way, they get to capture the market of clients with either need for their trading.

The process described above for the setting of spreads is practiced by the most popular Forex ECN brokers, but not by dealing desk brokers. These ECN brokers act as the go-between between the trader and a liquidity provider such as a bank. Some forex brokers, though, can themselves become market makers, whereby they don’t need to transfer trades to a liquidity provider. They make the market and therefore don’t face as much of a risk when processing trades.

These brokers will therefore have competitive spreads even when the markets are volatile, and they are preferred by many brokers. On the other hand, there’s always the risk of trading with a dealing desk broker – they lose when you win. This should not be a major concern though, because dealing desk brokers, for all the public bashing they receive, are still quite fair. (Putting an end to broker bashing)

The best Forex brokers with STP type of execution will also sometimes act as market makers, so they too will have very competitive spreads.

How to minimize spread

Even with the above measures, you will still need the following tips in order to keep your spreads to a minimum: 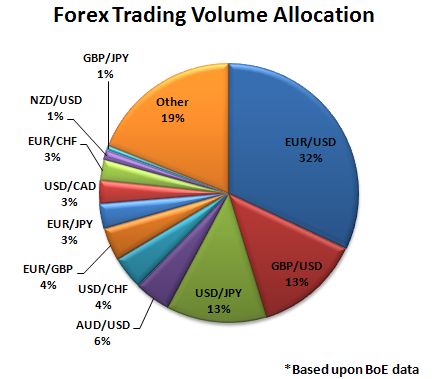 As a result, there is little risk on the side of the broker because they are confident they will easily find someone willing to take the opposite position to your trade, usually the best banks offering Forex trading. With the smaller risk, the broker will charge a smaller spread. On the other hand, if you traded an exotic pair like the NOK/SEK, the broker will be taking a bigger risk in trying to find someone to match the trade. For this added risk, the spread becomes larger.

So, if you want to ensure the spread is minimal, stick to the major currencies that have little risk for the broker, and they will offer a smaller spread.

When markets are volatile, the value of currencies shifts very rapidly often by a great magnitude. Yesterday, on the 15th of February 2017, the consumer price index (CPI) of the US was announced at 8:30AM EST and the EUR/USD pair lost almost 250 pips in under a minute. The real-time Forex charts below shows what happened:

Such movements are not uncommon and can be experienced whenever critical news on the Forex calendar is announced. During these times of volatility, brokers will increase the spread, a lot, to cover the risks they are taking on such trades.

If you would like to minimize the spread on your trades, then you should avoid these moments of volatility. The problem, though, is that such huge movements in the markets are exactly what traders crave. If you were quick to short the EUR/USD in the above scenario, you would have walked away with a very good return and probably called it a week.

So, the trick is in balancing the rewards with the amount of spread. Some traders will completely avoid such events, but if you’re quick enough you might recover the spread and make a killing in the process.

You can quickly perform a Forex spreads comparison on our website to see the live spreads being offered by various brokers. On that page, you will notice the spreads changing every few seconds, because this is how often the brokers vary their spreads.

To identify the truly low spread Forex brokersswitch to a longer time interval, like the weekly or the monthly interval. It is on these timeframes that you will see which brokers maintain a consistently low spread for the longest timeframe. Some will only lower their spreads briefly and then raise them drastically, so you need to be really careful when choosing a broker with low spreads. 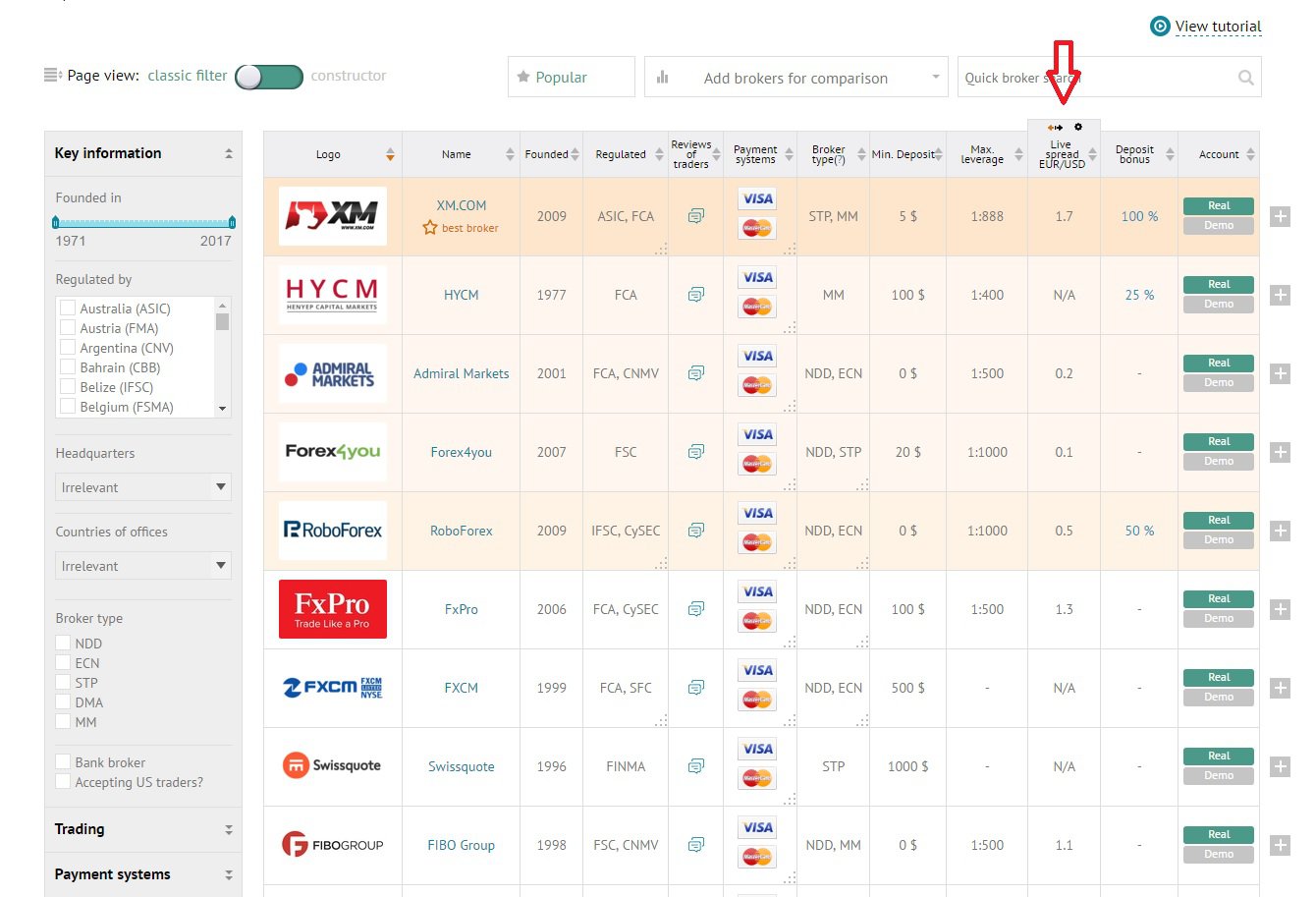 Thankfully, on our Forex brokers list, you won’t have to scroll through the entire list of brokers to find the lowest spreads. The column with the live spreads allows you to sort brokers by their average or live spreads at that moment. Furthermore, there’s also the option to expand the table to show only spreads for various currency pairs if you only want to look at the spreads data. 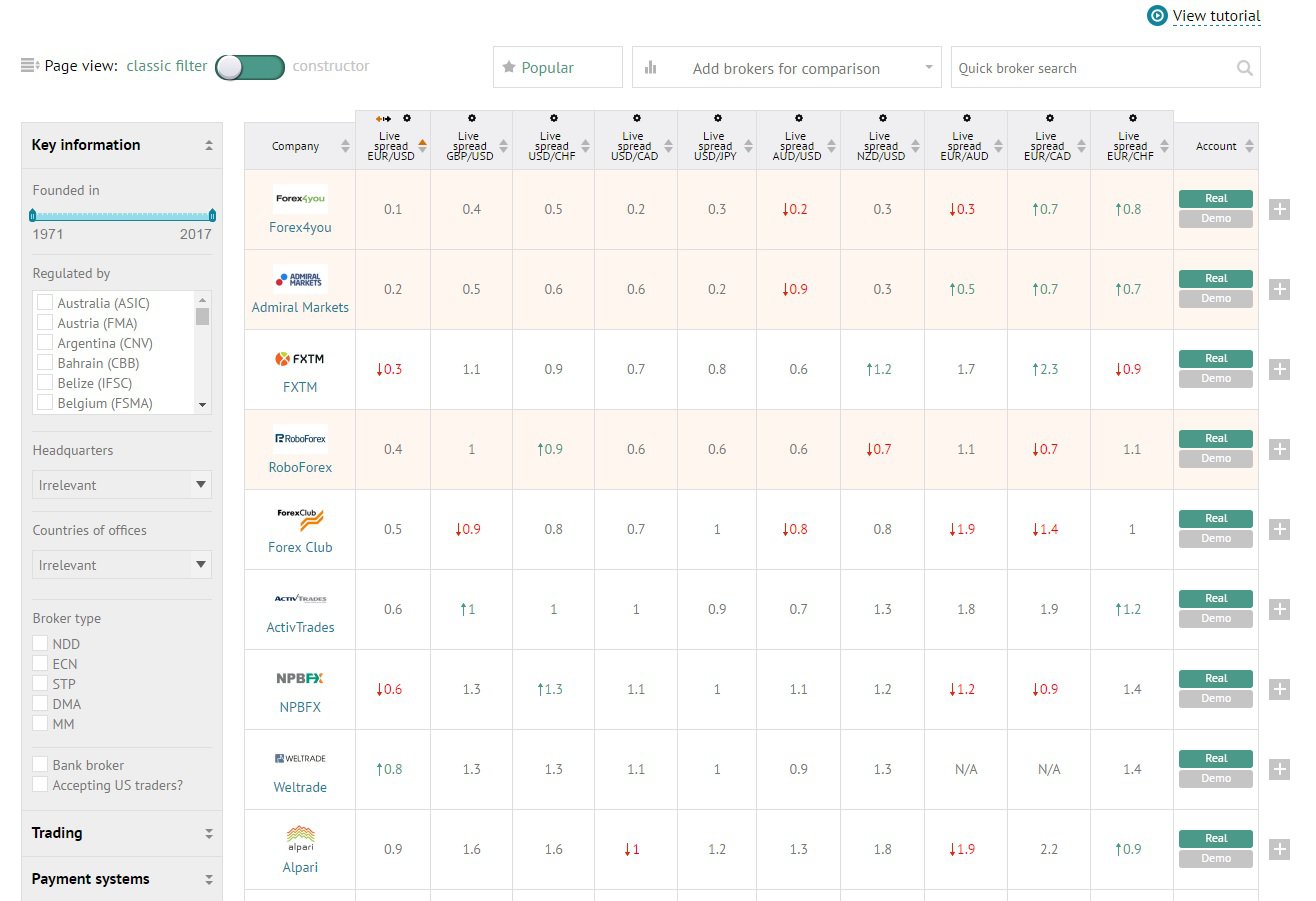 All this functionality will help you find the best Forex spreads without too much trouble, because the filters do most of the work.

Here is a small video illustration that recaps some of what we've learned about spreads:

Was the article useful for you?
4 (1)
Forex Basics
Add comment