0.00
EUR/USD
GBP/USD
USD/JPY
USD/CHF
AUD/USD
BRENT
Gold
Bitcoin
Risk Warning: Your capital is at risk. Statistically, only 11-25% of traders gain profit when trading Forex and CFDs. The remaining 74-89% of customers lose their investment. Invest in capital that is willing to expose such risks.
TopBrokers.com > Forex Basics > Best Forex traders of all time

Best Forex traders of all time

There are a lot of people out there who claim that the Forex market is nothing but a huge scam by Forex trading brokers to rip off traders. Their claims are usually supported by the grim figures often quoted that only 5% of all retail traders make good money. Just listening to these arguments, one can be easily swayed to stay away from the Forex market, but there’s always the other side of the coin.

In this post, we’re going to look at some of the best Forex traders there are, and how much they made from this supposed Forex scam. You can choose to look at it as a motivational post if you wish, but it’s possible to reach these heights:

Every trader, including myself, dreams of becoming a millionaire, probably even a billionaire one day, but George Soros did it in one day. On the 16th of September 1992, Soros shorted the $10 billion sterling pounds and made a profit of $1 billion on the same day. Until today, that day is referred to as Black Wednesday because this loss by the Bank of England caused a crash that was estimated to cost the British Treasury £3.14 billion.

Even though this single trade made George Soros perhaps the most famous Forex trader, there is a lesson to be noted. He had been trading since 1954, and still does so to this day, which should remind every trader that success doesn’t happen in one day but is the accumulation of experience.

Some of you may think the risk taken by George was enormous, $10 billion, but his analysis of the fundamentals was very strong and even if the trade went bad, he wouldn’t have lost as much as he gained.

This guy was part of the Black Wednesday short of the Sterling pound, although he did so at his own firm, Duquesne Capital. His career in the Forex market began in 1977, and although he did not make as much as George Soros, the Black Wednesday trade made him instantly famous. In fact, he was even featured in the 1994 book The New Market Wizards along with other major traders. 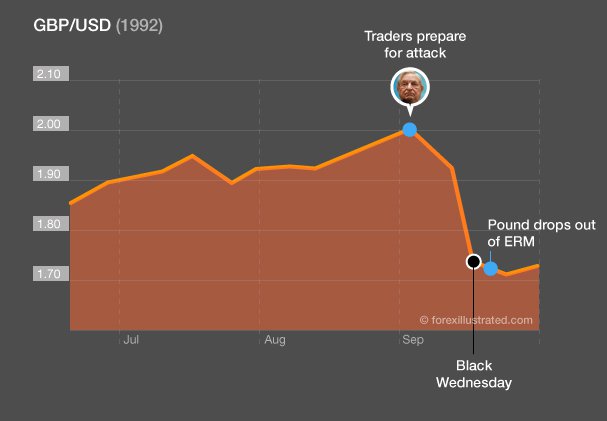 Stanley’s net worth kept on growing and his knowledge of the markets went on well into the 21st Century, and he even survived the 2007-2008 global recession. However, after the recession ended, he retired and closed his hedge fund, claiming that there was too much pressure from his peers and investors to maintain his famous run of profits. At the time of his retirement, his net worth was $2 billion, and you have to assume such a savvy investor is not going to lose it like some Hollywood celebrities we know.

What you can tell from Stanley’s career is that Forex trading is definitely a stressful job that physically and mentally drains the trader, which is why it is important to take some personal time to unwind.

The case of Bill is an unusual one, because he initially studied Architectural Design before acquiring an MBA in finance. While he was at the university, he traded $12,000 worth of stock value which he had inherited from his grandmother and turned it into $250,000, just by trading part-time. Then he lost all his capital in one trade, and instead of quitting like most traders do when they lose, he took the loss as a lesson and became even more serious about trading.

He later joined Salomon Brothers in 1982 when the firm was just creating a Forex department because Forex trading was not as popular at the time. From his own personal experience and lessons, he rose to the top of the field and was considered among the top 5 Forex in the whole world making $300 million in a year. His reputation grew significantly and he was even referred to as the Sultan of Currencies, but he quit the firm in 1990, presumably for the same reason as Stanley Druckenmiller. However, in 1995, he and his former university classmates started their own firm, Hathersage Capital. 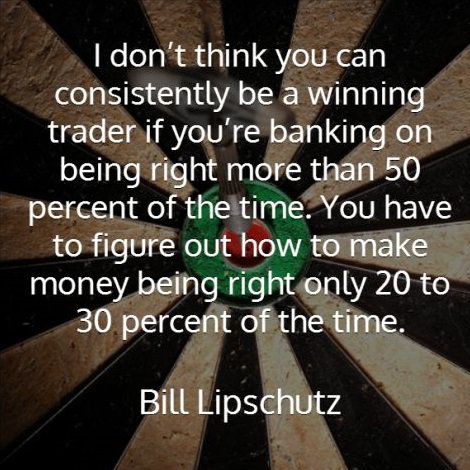 Bill’s philosophy, and perhaps his talent, is in identifying market sentiment, which he believes alters even the fundamental analysis. When you think about it, it’s actually very true since even news releases watched by fundamental analysis can be affected by how traders perceive the news and Forex charts online. Another unusual philosophy of his is to make money even if you’re only right 20% to 30% of the time. Which means holding on to winning trades as long as possible and cutting your losses early, all part of risk management.

This is another unusual case of financial success, because Bruce made his first ever trade when he was 32 years old. This trade was on the commodities market, and the capital was actually from borrowing out of his credit card to buy futures of soybeans. This trade made him $20,000 in 1977, and he went on to trade commodities until he founded his own firm, Caxton Alternative Management which handled both commodities and Foreign Exchange.

He became a very successful trader until 2011 when he retired, but his firm is still one of the largest hedge funds with over $14 billion in managed assets. His story shows that there is potential for high rewards in trading the markets, and it’s never too late to start regardless of your educational background as long as you are willing to put in the work.

Andrew worked with Bill Lipshutz for 4 years at Salomon Brothers and joined another firm which offered him a much larger trading capital of $700 million. He put this capital to good use on the 19th of October, 1987, the day that came to be known as Black Monday when stocks dropped by more than 20% globally. He shorted the New Zealand dollar at a leverage of 400:1, making his position larger than the entire supply of money in New Zealand at the time. He didn’t break the Reserve Bank of New Zealand, though, but he made $300 million in that single trade.

The Black Monday events demonstrated very clearly how market sentiment can affect the strength of currencies and stocks, and how traders can make use of these moments of panic.

There are a lot more millionaire Forex traders in the world, but the point is to learn from them, and here's what one of the best Forex traders of our generation has to say: