0.00
EUR/USD
GBP/USD
USD/JPY
USD/CHF
AUD/USD
BRENT
Gold
Bitcoin
Risk Warning: Your capital is at risk. Statistically, only 11-25% of traders gain profit when trading Forex and CFDs. The remaining 74-89% of customers lose their investment. Invest in capital that is willing to expose such risks.
TopBrokers.com > Forex Basics > Long-term vs. short-term trading

While coming up with a trading strategy, one of the most important questions you will have to ask yourself is how long you’re going to be holding your trades. Some traders can hold on to positions for weeks, even months, while others prefer to offload their trades quickly. 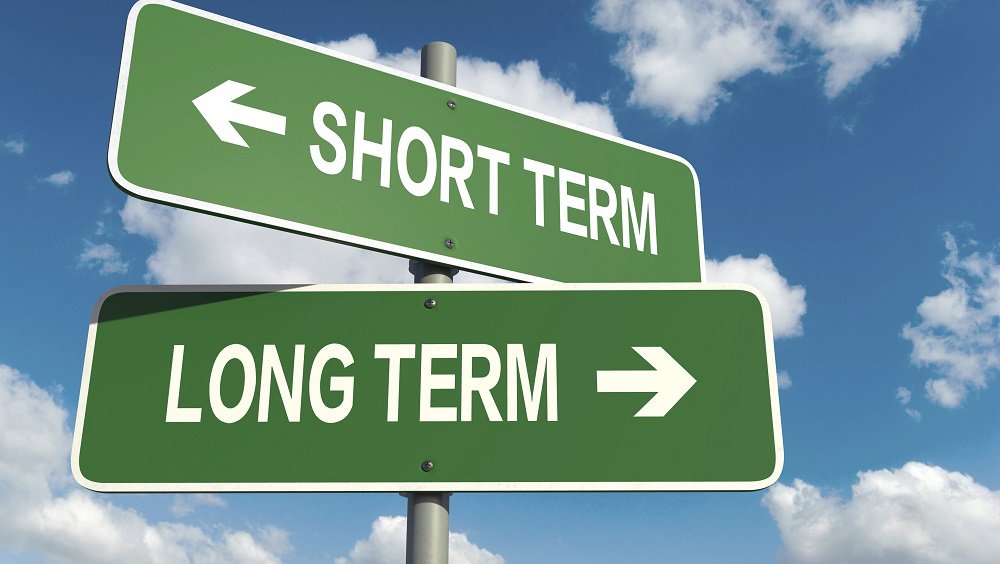 What is the difference?

Now, there is still no clear-cut consensus on what makes one a short-term trader; up to how many hours can you hold on to a trade to make you a long-term trader? According to Wikipedia, trades that go up to a few weeks are considered short-term trades, but there’s still no telling how many weeks comprise of a few weeks. In light of this, I’m going to give my take on this from the general traders’ understanding.

Most short-term traders we know make sure they close out their positions before the close of markets on Friday. Generally, any trader that holds on to a trade over the weekend could be considered a long-term trader. Even then, there are still different types of short-term and long term traders. 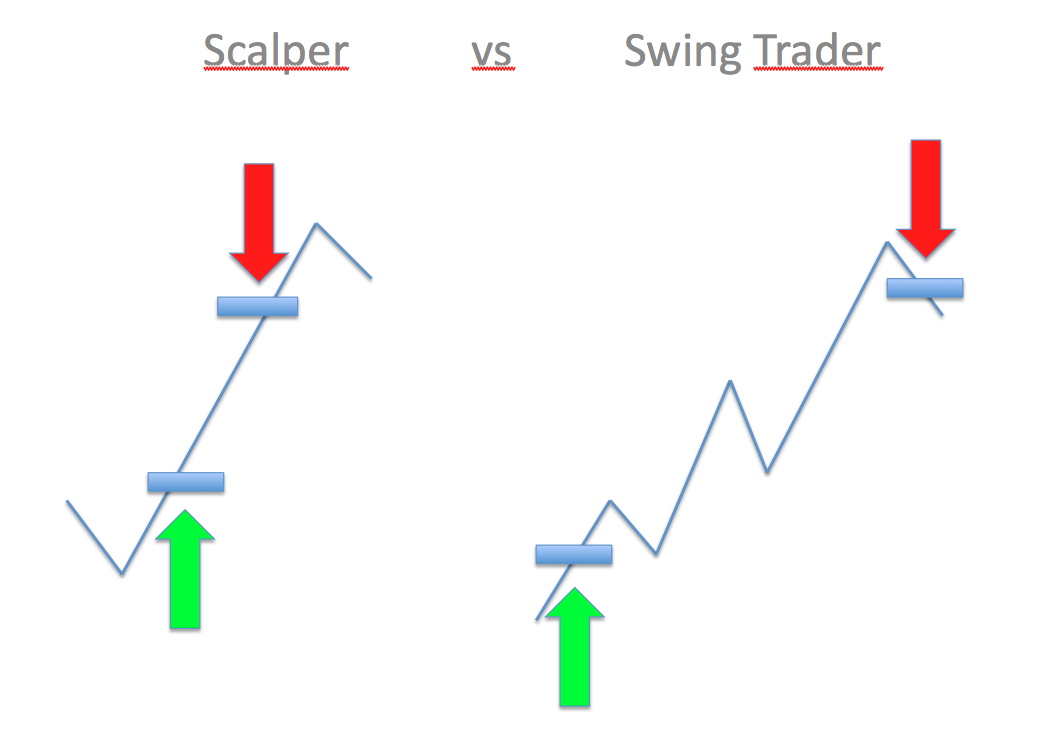 What to consider before choosing a trading term

Knowing what is generally constitutes a short-term and long-term trade, you now have to decide which way you prefer to handle your trades, and there are a few things to consider:

Perhaps the most important factor to consider is time – how much time do you have to sit at your workstations to study the Forex charts, the economic calendar Forex and place the actual trades? 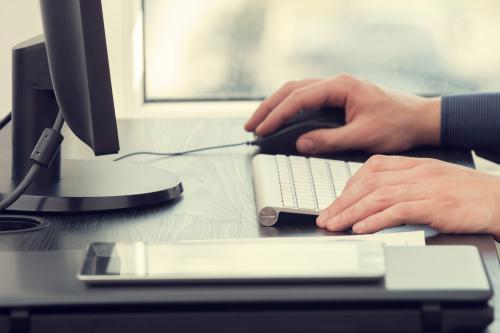 For the trader with enough time, perhaps a few hours every day, there really isn’t any reason to become a long-term trader. Every day, the markets present prime opportunities to make a profit, and could potentially have more profits as opposed to placing only one trade and holding on to it for weeks or months.

All the top Forex brokers will charge a trader some interest if the trade is held overnight, and this charge is referred to as the swap. This interest is charged as a form of storage by your broker, because they are taking a risk by providing you with leverage which may leave them at the risk of huge losses. Sometimes, though, the swap may work in your favour and actually lead to a profit, and it all comes down to how the swap rate is calculated.

Basically, the swap charge will depend on the interest rates of the countries’ currencies you are trading, but other factors like conditions of the market and the analysis of risk management also play a part. Take, for example, the EUR/USD pair, interest rates in the US currently stand at 0.75% and in Europe at 0.00%. When the interest rate is lower in the currency you are selling than the currency you are buying, swaps will work in your favour. Therefore, if you short the EUR/USD pair, your account will be credited with the overnight swap at the end of the trading day at 22:00 (GMT).

You can calculate this overnight swap yourself by deducting the interest rates of the two countries and factoring in some other parameters, but you don’t need to. Modern Forex trading platforms will inform you of the swap rates for the week because the swap charges are released weekly. For MetaTrader 4, you can right-click on the currency pair from the Market Watch window and select ‘Specifications’ to display the window below:

Knowing the swap charge on a currency pair can help you decide on how long you’re going to keep the trade. In the example above for the EUR/USD pair, you can see that a long position will cost you over $5 every day, so you can decide whether the potential profits for that trade will offset the swaps.

As the brokers calculate the swaps, they take into consideration the market volatility of the countries involved in the currency pair, and you should too. If you’re going to be holding on to a trade for several weeks, you should be aware of any critical changes that might affect the strength of the country’s currency such as general elections, referendums, central bank reports, etc.; basically anything that could turn the trend around. 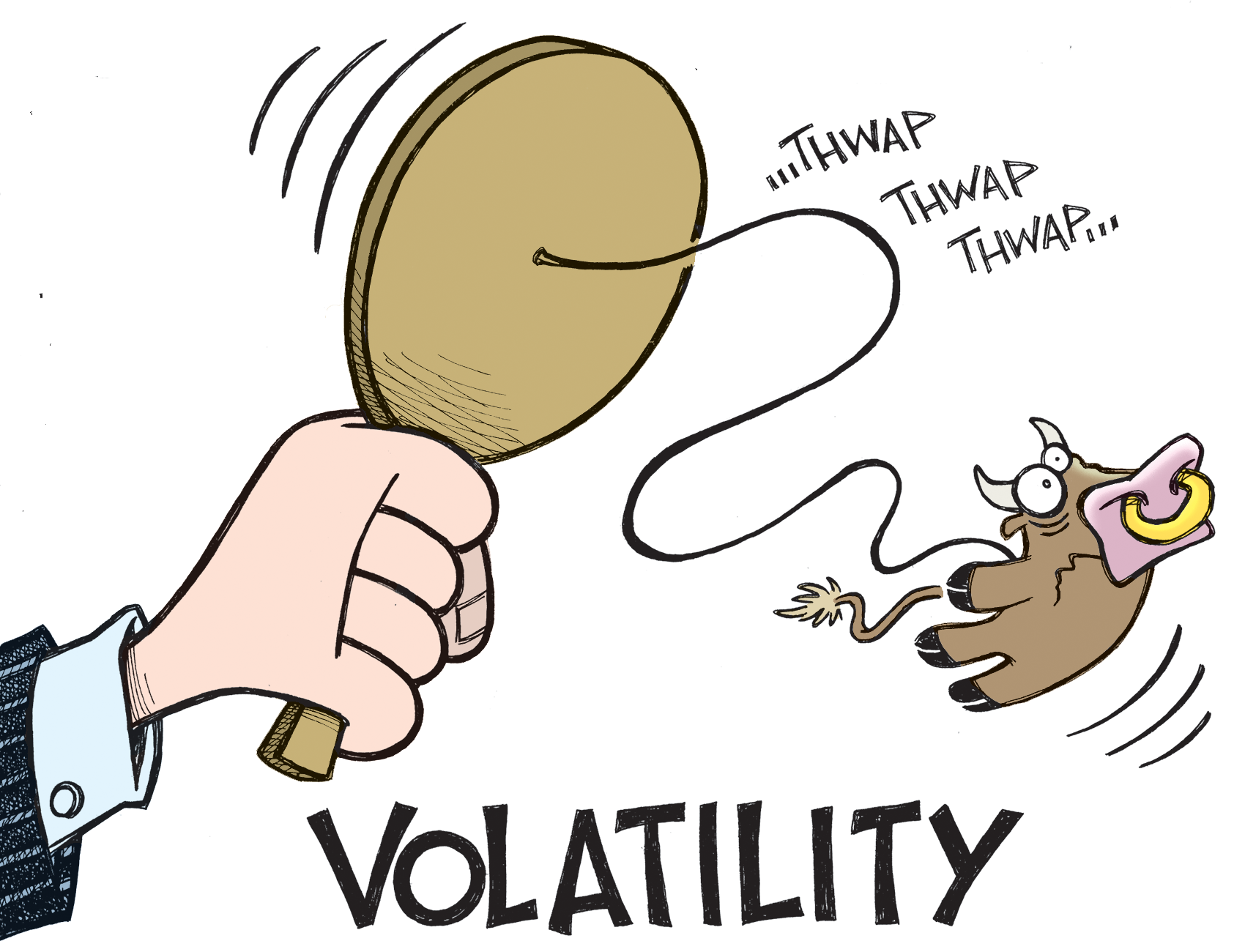 If your trade gets caught up in a period of market volatility, this could not only affect the swap charges you receive, but also the trend you were anticipating. Therefore, before choosing a trading term, know what to expect in the future, and whether that will affect you positively or negatively.

There are various reasons one may choose to trade in the Forex markets, mostly to make some money hoping to quit the day job, but also for investing. The Forex market can bring in more returns than a savings account at a bank, so some people choose to invest their retirement funds in Forex. For such an individual, long-term trading would be the better option since they are probably not relying on the returns to pay the bills.

On the other hand, a trader who relies on trading for a living may not favour long-term trading because they have to make withdrawals, probably even weekly, which would not be ideal when a trade was still active.

At the same time, the amount of capital you have in your trading account will also determine which trading term is most suited to you. With a small capital, it would not be advisable to trade long-term because extreme market volatility could lead to stop-outs by the broker when the account balance gets too low. As a result, long-term trading is most suited to those whose account balances can withstand any unexpected price changes.

If you compare Forex brokers, you will find that they have different swap charges including the daily swap rate, 3-day swap and weekend swaps. You will also notice a difference in the amount charged, which is something to consider when choosing a trading term. If you intend to become a long-term trader, you should find the broker with the lowest charges. Another consideration should be the margin calls and stop-out levels, which also vary from one broker to the next. These are the levels that if your account’s equity falls below, the broker automatically closes your trades. Again, these may not be an issue to a short-term trader, but a long-term trader has to know what they are in for.

To hear from an expert and to help you make the decision on a trading term, here is a short video: