0.00
EUR/USD
GBP/USD
USD/JPY
USD/CHF
AUD/USD
BRENT
Gold
Bitcoin
Risk Warning: Your capital is at risk. Statistically, only 11-25% of traders gain profit when trading Forex and CFDs. The remaining 74-89% of customers lose their investment. Invest in capital that is willing to expose such risks.
TopBrokers.com > Forex Basics > Best US regulated Forex brokers

The United States is usually touted as the leader of the free world for its beliefs in democracy and transparency in governance and even economy. On the subject of financial transparency, I could show you how untrue this is as we saw during the 2007-2008 global recession brought about by unscrupulous trades and inefficient regulation, but that’s not the point of this post. Regardless of the mishaps that the US financial regulators have made, the country still retains one of the highest Forex broker rating because the regulating bodies are still excellent and reliable.

Back in the 1920s, the stock market in most major cities in the US and UK was soaring, leading to what is now known as the roaring twenties. However, the stock market and other financial instruments were largely unregulated, and this led to the stock market crash of 1929. What followed was the creation of a regulatory body, the Securities and Exchange Commission (SEC) in 1934 to ensure fair dealing. In the early 21st century between 2000 and 2008, there was an increasing number of people willing to trade in the retail Forex market, so the US congress created legislation to ensure fair dealings here as well.

The National Futures Association (NFA) was created in 1982 but since the year 2000, it became specialized in monitoring Forex market operations in the US in response to the increased demand. Every Forex broker with headquarters in the US is required to become a member of the NFA and also register with the Commodity Futures Trading Commission (CFTC). That way, the NFA has access to the broker’s activities and ensure that their practices are fair and legal for traders in the USA and other countries.

Which are the top brokers?

These are the most popular Forex brokers with headquarters in the US in case you were choosing a Forex broker:

Forex Capital Markets (FXCM) is among the most popular US-based Forex broker and also one of the earliest, having been established in 1999. The company is based in New York City, but it has offices all around the world, including South Africa, with certifications by the financial regulators in those countries. Although the company focuses mainly of retail Forex trading, it is also one of the top CFD trading Forex brokers worldwide along with accommodating commodities trading and other financial instruments.

FXCM was listed on the New York Stock Exchange (NYSE) in 2010 which is a major step for any public company. However, this reputable company found itself in very hot water on the 15th of January 2015 when the Swiss Franc was de-pegged from the Euro. The company was found to be in breach of the regulatory requirements by the NFA in the amount of $300 million and they had to get a loan from Leucadia National Corp. which seemed to get the company back on track.

However, the loan may not be the best thing to have happened to the company since FXCM has to repay the loan at a very high interest rate. For example, its earnings before interest, tax and depreciation (EBITDA) for the first quarter of 2015 were $10.3 million yet they had to pay Leucadia $8.4 million. This could mean that the company may only be just breaking even.

This isn’t FXCM’s first stint in court, and their first experience was in 2005 when Refco, FXCM’s partner, collapsed leaving FXCM in litigation for months. CFTC also found FXCM to have committed unfair trade practices during their IPO in 2010, fining them $6 million. Even the NFA found FXCM to have slippage malpractices, and they were fined $2 million in 2011. Despite all these setbacks, FXCM still seems to be holding strong and is still a major Forex broker in the world.

This Forex broker is a subsidiary of GAIN Capital Holdings Inc. which was also started back in 1999, same as FXCM. However, Forex.com was only launched in 2004 as GAIN Capital was attempting to create specialized subsidiaries. The Forex.com subsidiary was meant to cater mainly to retail Forex transactions below $10 million while other subsidiaries like City Index specialized in commodities for difference (CFDs) and can be found when you compare CFD brokers. GTX is the other branch of GAIN capital that handled Forex transactions for institutions with large capital above the average retail trader.

By the time Forex.com was created in 2004, GAIN capital already had many clients around the world and the number of clients kept growing over the years due to the great reputation of the company. GAIN capital went public in 2010 when it got listed on the New York Stock Exchange. In 2011, Deutsche Bank stopped offering Forex trading services through its dbFX subsidiary and the bank sent its client portfolio to Forex.com, growing their number of clients even further. The company, GAIN, even acquired Global Futures and Forex (GFT) in 2013 to bolster their number of clients even more.

In 2016, there were reportedly about 140,000 retail traders registered with the company, so it is obviously a great company. The company was even listed at No. 44 of the 100 fastest growing companies in the US. Thus, it is safe to say that Forex.com is definitely one of the best US regulated brokers.

Unlike FXCM which got caught up in the Black Thursday mess when the Swiss National Bank depegged its currency from the Euro, Forex.com actually made profits that day. Apparently, the company’s high margin requirements ensured that none of their clients were stopped out.

TradeKing was founded in 2005, and it specialized in providing a platform for retail investors to participate in trading stocks, options and bonds, with the advantage of low commissions compared to other similar services. The company got into the Forex market relatively late, in 2015, with its acquisition of MB Trading which was started in 1999. Now, TradeKing Forex offers all their previous services with the addition of the Forex branch thanks to MB Trading which has been in the industry for a long time.

TradeKing was favoured by most investors due to its low commissions, and they seem to be maintaining the same principles in their Forex activities – offering very tight spreads. However, the company does not have any dedicated trading platform, and clients have to use the web-based platform. This has the advantage of being accessible in all smartphones, tablets and computers, but some people still prefer to trade through a dedicated platform.

In April, 2016, TradeKing Forex was acquired by Ally Financial, which is a major US bank, but this acquisition should have no bearing on the Forex trading operations.

Among the first online Forex trading companies was Oanda, which was formed in 1996 and made it possible for retail traders to participate in the Forex market as early as 2001. The company has offices around the world and is well regulated in all countries it participates.

Oanda is among the favourite brokers among Forex broker reviews because of the company’s high integrity. For example, on Black Thursday when companies like FXCM and Alpari UK were filing for bankruptcy to protect their assets, Oanda refunded their client’s money and forgiving negative balances. For this reason and many others, Oanda has received numerous awards over the years, making it one of the world’s largest Forex broker on the ECN brokers list.

This company has existed since 1971, when it specialized in futures, options, mutual funds and ETFs. It is a major online Forex broker with headquarters in the US, and offering its services all over the world. 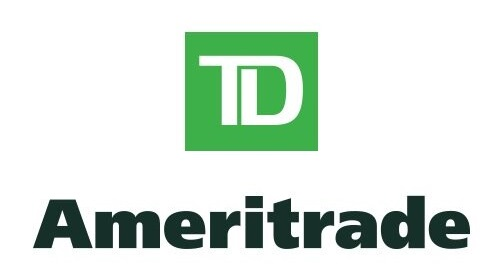 They also have one of the best proprietary Forex Trading platforms, thinkorswim, which has plenty of innovative features for analysis and trading, all of which make this company a favourite for scalpers and day traders.

These aren't the only ones, though, and you can find the complete US Forex brokers list in the link.

How US regulations differ

If you compare Forex brokers, you will notice that there are only a few regulated by the NFA, and that’s because regulations in the US are different from most other places. Some of the differences include:

Whereas brokers regulated by, say, CySEC can offer leverage of up to 1000:1, US regulated brokers can only offer 50:1 leverage on major currencies and 20:1 on minor currencies. This measure is to prevent clients from taking too much risk and losing their capital, and while well-meaning, it certainly restricts clients with limited capital.

This rule restricts hedging because you cannot hold more than a single position on the same currency pair. For example, if you placed a buy order for the EUR/USD an hour ago and then place a sell order for the same pair, the long position would be closed automatically regardless of whether it was in the black or red.

A security deposit is required for short positions in addition to the value of the trade; but not for long positions.

My take on US regulations

In my opinion, US regulations are way too strict for my taste, which is why I generally keep away from US regulated brokers. On the other hand, some of you might appreciate the high standards to feel safe, but there’s something else to consider. The NFA is funded by the brokers by way of commissions, registration fees, etc. which means that the NFA has an incentive to allow brokers to stay in business for its own survival. Finally, let’s not forget that it is these same experts who watched as financial instruments like CDOs (collateralized debt obligation) bring down the economy and cause a global recession.

I guess what I’m trying to say, in short, is that just because regulations are strict does not mean they are best. Other Forex regulators out there are just as good without having to restrict your trading abilities.

To know more about Forex regulations, here's a short video to explain why it's needed: