0.00
EUR/USD
GBP/USD
USD/JPY
USD/CHF
AUD/USD
BRENT
Gold
Bitcoin
Risk Warning: Your capital is at risk. Statistically, only 11-25% of traders gain profit when trading Forex and CFDs. The remaining 74-89% of customers lose their investment. Invest in capital that is willing to expose such risks.
TopBrokers.com > Forex Basics > All about swaps

A swap is simply an exchange between two parties, by definition, and in trading, a swap involves an exchange of an underlying financial instrument. As such, swaps can be categorized as derivatives. The most common instruments that can be swapped include interest rates, Forex rates and even commodities. 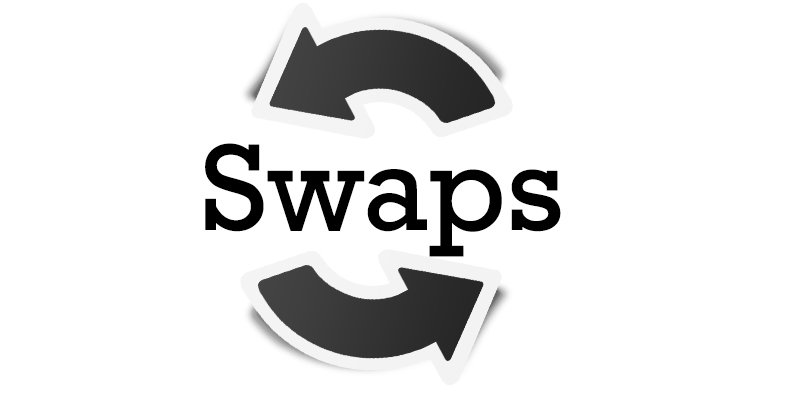 The whole idea of swaps rests on the need of one party to have something that the other has, so the swap arrangement benefits both parties. Therefore, you can imagine that swaps have been around for a very long time, with similar arrangements being made since the 1970s when companies started operating internationally.

However, the earliest officially recognized swap arrangement was done in 1981 between the World Bank and IBM. Although IBM is not as recognized nowadays, back then, it was a massive corporation with branches in several major cities in the world. At that time, the World Bank was in need of German marks and Swiss francs in order to operate, but the banks in those countries were unwilling to offer them loans. IBM, being the giant it was already had loans in both Germany and Switzerland, but interest rates back in the US were higher than ever, peaking at over 20% to cover the increasing national debt.

Do you remember Salomon brothers? The company which Bill Lipschutz and Andrew Krieger, some of the best Forex traders of all time, worked for back in the 1980s? Well, it was Salomon brothers which engineered the swap between IBM and the World Bank. Both parties benefited because IBM got its francs and marks while IBM got the US dollars they needed. This particular swap was a currency swap, which is still very popular, but thereafter many other forms of swaps were created.

Swaps became increasingly common because they were traded in an over-the-counter market, without going through an exchange like the NYSE (Read more about how to trade on the NYSE). The credit default swap (CDS) is one example of a swap which had disastrous effects and is thought to have brought about the 2007-2008 financial crisis. Since then, more regulations have been put on swaps and more of them are being carried out through exchanges and clearinghouses.

These are the 3 most popular swaps in the market nowadays:

As the name suggests, the IRS swap involves the exchange of interest rates only but not the underlying loan. Basically, one counterparty takes the interest rate offered to the other counterparty and vice versa. To understand how these kinds of swaps work more clearly, let’s look at an example of 2 people, John and Peter.

You can already see how both of these parties can benefit, Peter wants a fixed rate, while John wants a variable rate, but none of them is being offered what they want. A swap bank can therefore swap the interest rates offered to Peter and John, such that Peter pays John’s fixed rate and vice versa. Note that there is no actual exchange of money here, simply the interest rate, which is why the underlying loan is referred to as the notional amount.

Interest rate swaps are only possible through swap banks due to comparative advantage. Neither Peter nor John know the terms of the loan offered to the counterparty, but when they both approach the swap bank, it is able to match their needs. 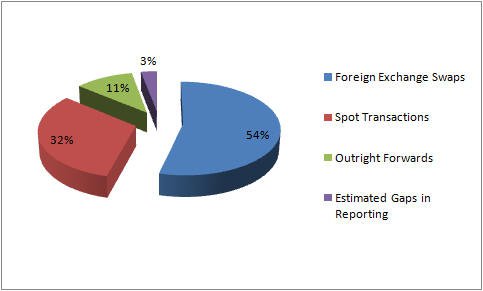 Unlike interest rate swaps where there is no exchange of the notional principal amount, Forex swaps actually involve an exchange of money. These Forex swaps are most commonly used by companies seeking to hedge risk involved with currency moves. I’ll again use an example to show how a Forex swap is structured:

Company A is based in the US, but with branches in various countries around the world including China. Thus, the company usually converts US dollars for Chinese yuan monthly to pay its workers in China. They been doing so for years, but recent political and economic upheavals in China have got the company worried about how the exchange rate might change in the coming weeks. Meanwhile, Company B is based in China and also has offices in the US; they, too, are worried about the outlook of the USD/CNY currency pair. Neither of these companies want to pay more than they have to if the exchange rate goes against them, so they agree to a swap. 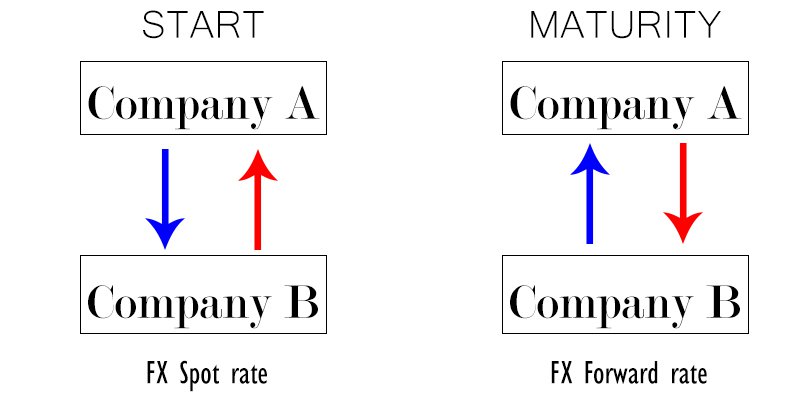 The final step to the Forex swap agreement would be to settle the debt both companies owe each other. Initially, the term or length for the swap to mature would have been determined earlier, which can be anywhere between a few days to a year. However, the exchange rate is expected to change soon, and the companies would like to ensure they know exactly how much they would have to pay at the maturity of the Forex swap. To ensure this, they both purchase USD/CNY forward contracts that dictate the rate at which the currencies will be exchanged in the future regardless of the spot rate at that time. When the forward contracts expire, both companies pay back their debts and continue with their operations.

As you can see, Forex swaps are nothing like interest rate swaps mainly because they involve an exchange of actual money and they are most often practiced by multinational companies. Nevertheless, every retail Forex trader enjoys the benefits of Forex swaps indirectly when their brokers close overnight positions at the closing price and reopen them by purchasing forward contracts equivalent to the value of the trade at the beginning of the following trading day. As such, the trader’s account can either be credited or debited with the cost of carry incurred depending on the interest rates of the countries the currencies in the pair represent.

Whereas Forex swaps only involve an exchange and repayment of the notional principal amount, currency swaps have the added complexity of interest rates. The structure is very similar to that of a Forex swap, but the counterparties will also have to pay interest on the exchanged amount. Imagine the same situation of companies A and B above; this time there’s no anticipated volatility, so both companies would like to expand their offshore operations. Company A would like to expand their Chinese operations and Company B their US operations. 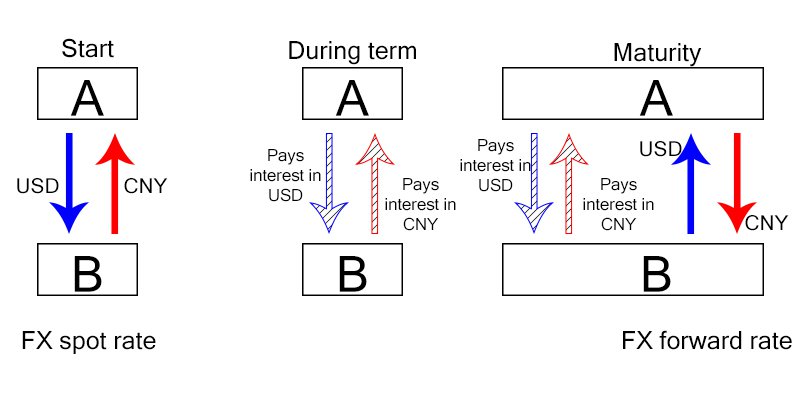 To do so, company A approach a Chinese bank in search for a loan, but they are offered a loan at 15% because they are not a Chinese company. Company B also face a similar predicament, interest of 12%, because they are not an American company. However, Company A is able to get a loan from a US bank at a very good rate, say, 5%, and company B, 6% from a Chinese bank. One option would be for the companies to take out the loans in their base countries and convert the money at the current USD/CNY exchange rate, but that might cost them, so they enter a currency swap.

Company A in the US take out a loan of $10 million and Company Y a loan of 15 million yuan assuming the spot rate is 1.5 yuan for every US dollar. Given that it’s a loan, it has to be repaid, and the involved companies would have to pay the banks the required interest required. Depending on the loan terms, repayment can be made every month, quarterly or once a year. The main benefit, though, is that both companies end up paying less interest on the same amount of money, such that instead of 15% interest, company A pays 6% interest and company B pays 5% instead of 12%. Win-win!

At the maturity of the currency swap arrangement, the companies will settle the original debt, but to ensure they are not surprised by high exchange rates, they can purchase forward contracts, just like with Forex swaps.

I already mentioned that swaps have become very popular, and there are many variations of swaps all being traded in an over-the-counter market. Some of these swaps include:

For a graphic illustration of the structure of a swap, here's a video that can help: