0.00
EUR/USD
GBP/USD
USD/JPY
USD/CHF
AUD/USD
BRENT
Gold
Bitcoin
Risk Warning: Your capital is at risk. Statistically, only 11-25% of traders gain profit when trading Forex and CFDs. The remaining 74-89% of customers lose their investment. Invest in capital that is willing to expose such risks.
Forex Brokers > Forex Strategies > Breakout trading strategies

A commonly quoted trading principle is buy low and sell high, and that makes a lot of sense, doesn’t it? Nobody wants to buy a financial instrument when it has reached a peak, do they? It would make more sense to sell at the peak, typically. Well, some people disagree, and some of them have been very successful in this thinking. 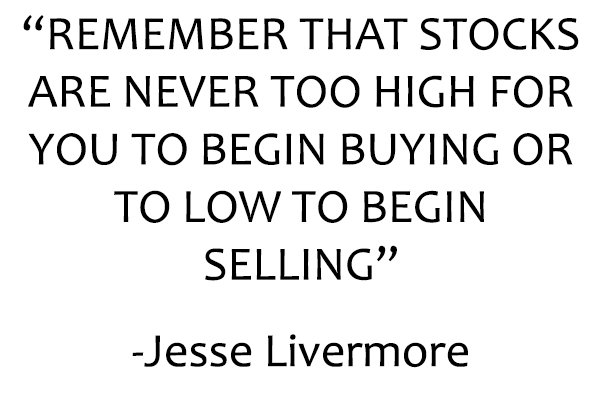 The first such sentiment I heard came as I was reading some of Jesse Livermore’s quotes online, and this one said, “Remember that stocks are never too high for you to begin buying or too low to begin selling”. Odd, I thought to myself, so I did some more research and found that he had made a fortune during the panic of 1907. Stocks had taken a dive and yet Livermore still shorted the markets – hoe traded the breakouts. This was his primary trading strategy, which later earned him the name ‘The Great Bear of Wall Street’.

It is the nature of markets to move in a range within ‘normal’ prices. A stock or any other financial asset cannot remain stagnant because there will always be buyers and sellers swaying its value, yet it will remain within an ‘acceptable’ range. As the price nears the top, buyers stop buying and begin to close their positions, then, the opposite happens as the prices come close to the bottom. This creates a see-saw which forms an oscillating pattern between support and resistance levels. See pivot points strategy for more information) 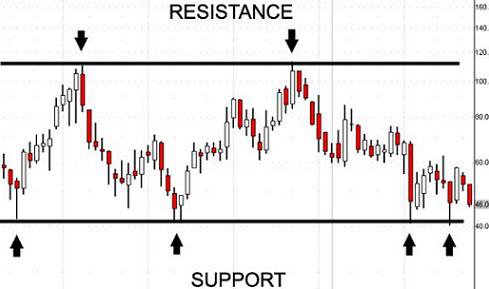 However, sometimes these support and resistance levels are broken, and prices break away from the previous range, often forming a trend. When this happens, it is referred to as a breakout.

These breakouts are what traders like Jesse Livermore sought and that made them fortunes. You too can learn to identify breakouts and make yourself great profits.

How to identify potential breakouts

There are several signs of a potential breakout, but the main ones are:

To confirm a successful breakout, you have to confirm your analysis using other indicators, like the stochastic oscillator below.

The easiest way is to just be patient. One candle closing above a resistance level or below a support level should not be enough for you to risk your investment. Give the move time and observe how the other candles behave. Rushing at the first sign of a breakout is why breakout strategy traders experience so many fake-outs.

When a breakout occurs, support and resistance levels will serve the opposite purpose. For a bullish breakout, the resistance will turn into a support level and vice versa. This phenomena can be observed in the Forex charts online above at point F when the support level turned to resistance. 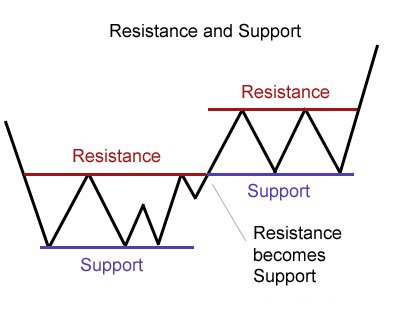 Another factor to consider for breakouts are critical news announcements. Below, the EUR/USD had been within a range for around 6 months until the US elections were held causing the US dollar to rise in value.

Important news events can also initiate a breakout, and you should always be aware of this when looking for breakouts and have the economic calendar Forex with you.

What to remember when trading breakouts

Trading breakouts in the market is a risky strategy, although the returns often outweigh the risks. Anyway, here are some things to remember whenever you’re using the breakouts strategy:

As I mentioned before, it is the nature of markets to remain within a range, so even when there is a slight breakout, the prices will attempt to resume the previous range. While trading breakouts, you will often suffer from fake-outs, there is no getting around that, but you can minimize your losses from these.

First, remember to always maintain proper risk management strategies. We’ve discussed Risk-management on Forex in a previous post, go back to it because it’s going to be the difference between fortunes and a blown account. The 2 main points are:

The chart below highlights all the areas where a breakout strategy could have resulted in disaster:

The breakout will lead to a trend

As soon as a breakout occurs and the news is out, traders will get into that market, forming a trend. Ride the trend and hold on to the trade as long as you can to enjoy the highest returns. An easy way to do this would be to use a trailing stop, but remember to give it space because markets may attempt to reverse the trend several times.

Personally, I prefer to manually adjust my stop loss, but for those who don’t have time sitting in front of their Forex trading platforms, the trailing stop would be just as good.

Was the article useful for you?
5 (1)
Forex Strategies
Add comment