0.00
EUR/USD
GBP/USD
USD/JPY
USD/CHF
AUD/USD
BRENT
Gold
Bitcoin
Risk Warning: Your capital is at risk. Statistically, only 11-25% of traders gain profit when trading Forex and CFDs. The remaining 74-89% of customers lose their investment. Invest in capital that is willing to expose such risks.
TopBrokers.com > Forex for Beginners > Understanding The Foreign Exchange Market: How It Works And Other Key Aspects

Understanding The Foreign Exchange Market: How It Works And Other Key Aspects

Are you considering venturing into the lucrative foreign exchange market but are somehow confused and unsure where to start since your knowledge and understanding of this game is limited? At Top Brokers, we know that Forex matters are not everyone's forte. Hence we are determined to walk with you every step of your journey to launching yourself into this fantastic and rewarding investment path. 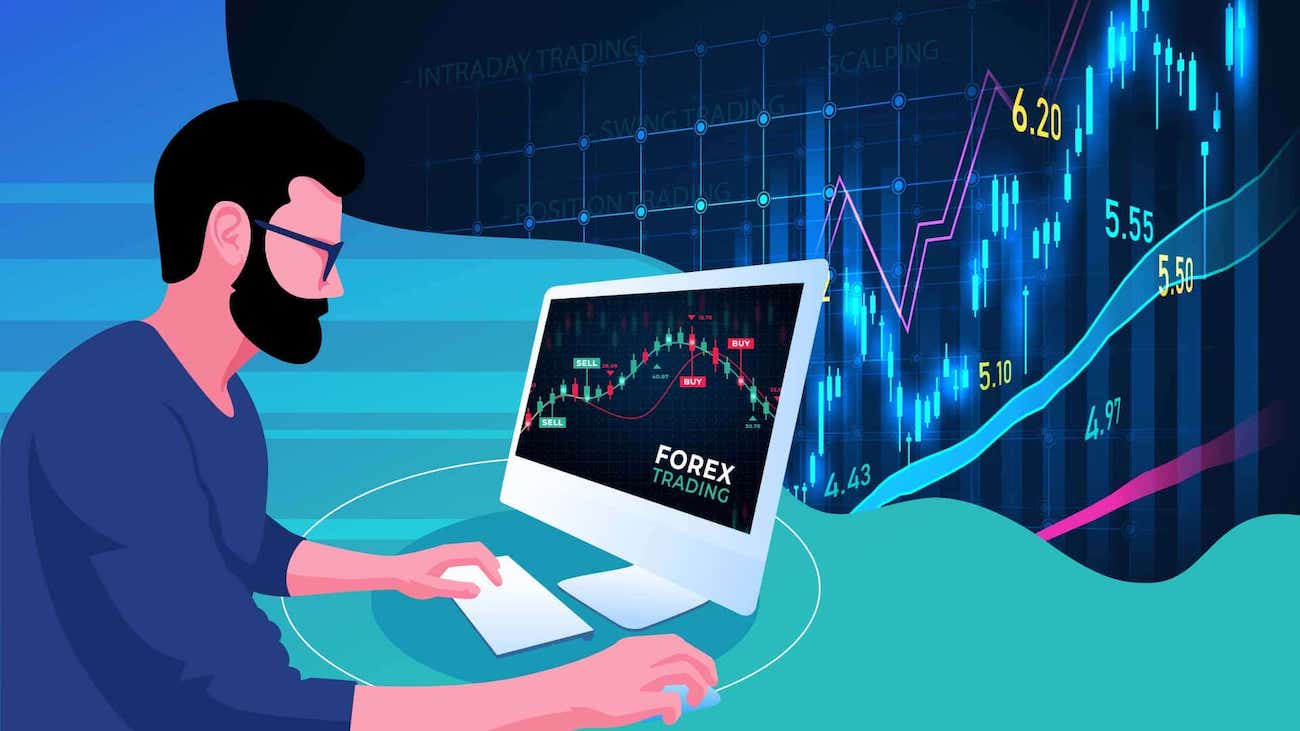 The fact that you are reading this attests to your extraordinary determination to succeed in Forex market trading. We are willing to help you bring your investment dreams to fruition. We affirm that having a solid and sound understanding of Forex trading is vital to remarkable success in Forex trading. This article will provide you with everything you need to know about Forex trading and will help you succeed in this trade.

It could also be defined as a transaction where individuals and companies change one currency for another.

The Forex market is the largest financial market in the world. The credit market comes a distant second. While the conversion of currencies is usually done for basic and pragmatic ends, the biggest motivation behind the transfer of currencies is profit gains. 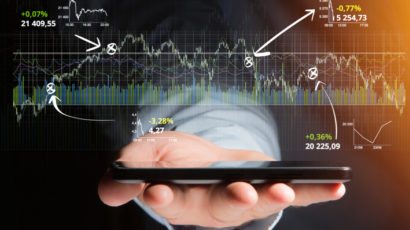 Forex trading largely differs from other markets such as shares and commodity markets. The trading occurs directly between buyers and sellers of the currencies in question. It happens over the counter between the two parties involved.

The foreign exchange market is run by a worldwide network of banks in four leading foreign exchange trading centers: New York, Sydney, Tokyo, and London. The four major world cities and financial capitals are in different time zones due to their geographic locations. It is important to note that there is no central location for Forex trading, and it is carried out at any time of the day.

Foreign trading often entails selling one currency to purchase another. This is why it is always quoted in pairs.

The Forex pair price refers to the amount a unit of the base currency is equivalent to the quoted currency.

Every currency is identified with a three-letter coding system in a Forex pair. The first two letters stand for the region or a country, while the third indicates the specific currency. For example, the EUR/JPY currency pair entails purchasing the European Union's Euro while selling the Japanese Yen.

The Euro is the base currency in this exchange, while the Japanese Yen is the quote currency. If, for example, the EUR/JPY is exchanging at 1.7253, then one Euro is worth this amount of Japanese Yen. If the Euro rises against the Japanese Yen, then a single Euro will be worth more Japanese Yen, increasing the pair's price. On the other hand, if the said currency drops, the price of this pair will undoubtedly go down.

Thus, when a Forex trader thinks that the base currency in a pair will probably gain ground against the quote currency, they will purchase the pair. Such a scenario where a trader buys a currency in the anticipation that it will gain or fortify, as it is commonly referred to, is known as taking a 'long position.'

When a trader sells the currency, most likely at a higher price than the one they bought it at, the long position is considered sealed, and the transaction is deemed accomplished.

When a Forex trader anticipates that the currency will lose ground, he sells the pair, and the scenario is known as taking a 'short position.' 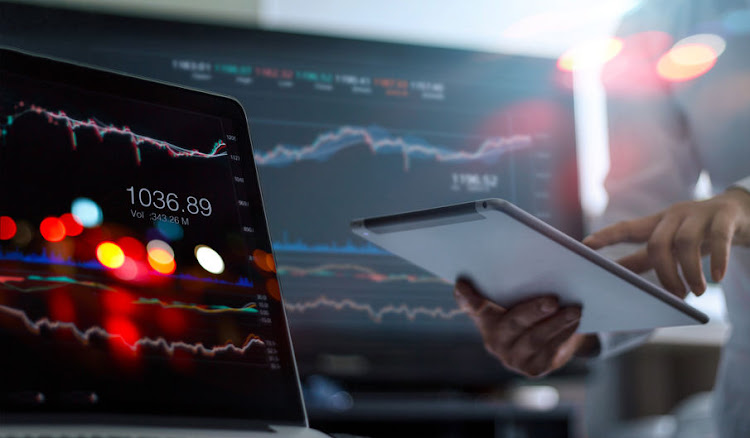 The Various Categories of Pairs

Major pairs: This refers to the seven major currencies that make up a significant percentage of the world's foreign exchange trade.

There are multiple and diverse ways to sell or buy Forex. However, they usually converge in their characteristics and objectives. Different methods have the same effect in that the Forex traders transact business by either purchasing one currency or selling another.

Mostly, the majority of Forex transactions are sealed through a Forex broker. However, with the advent of the online Forex trading system, a Forex trader can capitalize on the price changes using leveraged products like the CFDs.

CFDS: These are investment products that let a Forex trader open a trading position at a relatively tiny percentage of the whole trade volume. Here you do not assume the ownership of the asset as is the case with other products that are not leveraged. You only assume a perspective on whether you expect the Foreign exchange market will rise or go down in value.

Yet these products still carry risks, in that while they may amplify a trader's profit, they can also increase your losses in case the foreign exchange market does not go according to your expectations and predictions.

Meaning Of Spread In Foreign Trading

In Forex trading, spread refers to the difference between the buying and selling prices as indicated in the Forex pair. As is familiar with many other financial markets, you will be given two prices when you take a Forex position.

If you take a long position, you will trade at the buying price, which is somewhat above the market price.

If you want to take a short position, you trade at the selling price below the market price.

The Meaning Of Lot In Forex Market

In the foreign exchange markets, currencies are usually traded in piles. Piles are heaps of currency used to evaluate Forex trades. Forex will always move in small amounts. On the other hand, Lots are massive and help the trade to be carried out with much ease.

What Leverage Means In Forex Market

Leverage refers to the means of acquiring some exposure to enormous amounts of currency without having to pay the total value of your trade volume upfront. You will only need to make a minor deposit called the margin.

When you seal a leveraged position, your gain or loss is based on the full scale of the trade volume. While this may increase your profits, it also carries the risk of increasing your losses in case the Forex market does not go your way.

Thus, leveraged trading makes it extremely important for any serious Forex trader to learn how to manage their risks.

The Meaning Of Margin In Foreign Exchange Market

Margin forms an integral part of leveraged trading. It is the word used to describe the first deposit you make to take and hold over a vantage position. In Forex trading, your edge obligation adjusts depending on your agent and how big your trade size is.

Margin is often expressed as a proportion of the whole position. So, a trade on USD/EUR, for example, merely needs just one percent of the position's total value to be settled so that it will be opened. Thus as an alternative to paying EUR 2000,000, a Forex trader will only have to deposit EUR 2000.

What Is Pip In Forex?

Pips are the units used to measure the change and direction of a Forex pair. A Forex pip is usually equal to a one-digit change in a currency pair's quarter or fourth decimal. So if GBP/USD moves $ 1.3546 to 1.3537, then it has moved a single pip.

The decimal places that follow after the pip is called fractional pip, a point, and, at times, a pipette. If GBP/USD moves from 1.35467 to 1.35468, then we say that it has moved by one pipette.

Here is a roadmap to help you understand how to read pips.

Foreign exchange is carried out over the counter where brokers and dealers hash out deals and transact with one another. This means that there is no central or controlled exchange house.

What Influences The Currency Markets?

The foreign exchange market constitutes all currencies from all over the globe. This characteristic makes it extremely hard and cumbersome to project the exchange rates. This arises as a result of several determinant factors that influence price and value trends. Nonetheless, as is the case with virtually all the other financial markets, the currency market is primarily swayed by market forces.

This means that the forces of demand and supply reign supreme here. It becomes critically important for any potential Forex investor to gain a formidable measure of knowledge of what often defines their chances in this profitable yet dynamic game that is ever-changing. You may never succeed here as a Forex market trader unless you command a perfect grasp of the game bottom-line.

The following are the primary determinants that may make or break an investor in the foreign exchange world.

Central Banks: In any given country or financial jurisdiction, the flow and administration of any major currency is run by its Central Bank. A country's Central Bank could and usually introduces financial policies and regulations that could have far-reaching ramifications on the country's exchange rate. For example, the Central Bank may resort to stimulus measures that pump more money into the economy. Such policies may reduce the price of the country's currency.

The foreign exchange market or Forex market is the most lucrative financial market. Even the seemingly lucrative credit market comes a distant second to the Forex market.

In a nutshell, the Forex market is not complex as you may think. If you take time to learn and understand the factors in play, you will undoubtedly become a successful trader and do it as a side hustle or a full-time engagement. As mentioned before, Top Brokers is determined to walk with you every step of your Forex trading journey to launch you into this fantastic and rewarding investment path.

Was the article useful for you?
5 (1)
Forex for Beginners
Add comment