0.00
EUR/USD
GBP/USD
USD/JPY
USD/CHF
AUD/USD
BRENT
Gold
Bitcoin
Risk Warning: Your capital is at risk. Statistically, only 11-25% of traders gain profit when trading Forex and CFDs. The remaining 74-89% of customers lose their investment. Invest in capital that is willing to expose such risks.
TopBrokers.com > Forex Basics > What’s going on with oil and how does it affect traders

Oil is perhaps the most essential commodity in the world, and it one every trader should be aware of. To begin with, oil worth $4.2 billion is consumed every day, and this represents how much need there is for oil in order for countries to chug along. 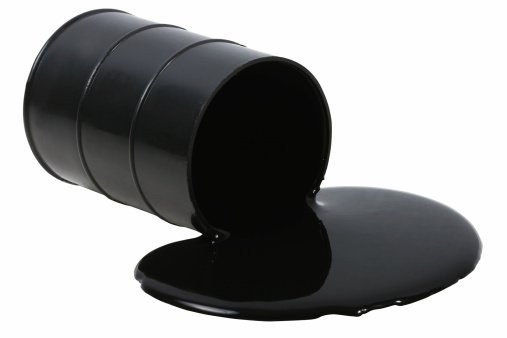 Besides the obvious use, derivatives of oil are used for various purposes most of which you make use of every day in the form of plastic. For a Forex trader, it is important to know more about oil because it affects economies of countries which either import or export the commodity (More on trading commodities).

Knowing how a country responds to falling or rising oil prices can thus help to forecast how future oil prices will affect the currencies of those countries. To see oil in action, there’s nothing more definitive than a look at past trends in oil prices. Several broker Forex will allow for oil trading, and you should check whether you also get the service.

To begin with, we’re going to focus on Brent crude oil in this post which is the most popular blend of oil. This is the kind of oil extracted mainly in the North Sea by countries like Norway and Russia. It is commonly used because extraction at sea makes transport easier and cheaper than the rest, plus it is light and sweet, hence, easier to refine.

The rest include West Texas Intermediate (WTI) which comes from the US and distributed by pipeline. It is even lighter and sweeter, hence its use in US gasoline, but transportation makes exportation very difficult. Finally, the Middle East region produces a heavy and sour blend of oil referred to as Dubai/Oman. Its nature requires more refining to reduce sulphur content, but that does not take away from its demand.

Despite all these different blends, their prices remain close to each other and also varies at the same rhythm. So focusing on one blend, in this case Brent crude will cover all you will need to know about oil.

Past trends of oil prices

Oil has had a very long history, but for the purpose of this post, let’s just focus on the recent past. Major price movements can be observed during the Organization of the Petroleum Exporting Countries (OPEC) meetings. There are usually several of these meetings every year where the 12 member states, which are also the major oil exporters, discuss about oil production. The chart below will show some significant OPEC meetings in the past year.

At the beginning of the Forex charts online, we can see the value of Brent crude oil dropping from around $53 at the beginning of September 2015 to $27.5 by the 20th of January 2016. The biggest downtrend can be observed starting from the 26th of November 2015. This was when the International Energy Agency (IEA) reported that there was a 3-billion-barrel surplus of oil in the world. Oversupply causes reduced demand due to competition and this supply glut of crude oil is what brought the value of oil to historic lows.

This oversupply was caused by a number of factors which just happened to coincide:

While lower oil prices may seem like a good thing for consumers, it actually has an opposite effect. Too low oil prices got people thinking that the global economy was in trouble, so people did not spend the money they saved on gasoline and oil derivatives. This further pushed the price of oil down and also the stock markets (basics of stock trading). This is why the ECB offered a stimulus package on the 20th of January to boost the European economy. This is what boosted the initial uptrend in oil prices back in January 2016.

The rally was stopped when OPEC nations could not agree on a production cut, instead going for a production freeze. This was a positive move, but production was still high and a freeze still kept supply high, and the price of oil dipped slightly. The uptrend resumed on reports of stronger growth out of China and even the US which increased demand for oil. Furthermore, many oil companies had already become bankrupt by this time and supply in the US was limited.

Oil prices rallied to the $50 mark, although there were several hurdles like the OPEC meeting in Doha on the 18th of April 2016 when once again the members could not agree. After passing this level, which was also across the 200 SMA, it became a support level to propel crude oil prices. Further news of surplus production pummelled oil prices again driving them back down to the $42 region, but it wasn’t enough to break the 200 SMA, so it bounced back to retest the $51.50 region.

All you need to know about pivot points

The first major break above this level was after the 170th OPEC meeting when OPEC nations agreed to cut production in the future. When these sentiments were echoed again in the 171st OPEC meeting on the 30th of November 2016, oil finally closed above the $53.30 level. Right now, all eyes are set on OPEC and the IEA for any signs of production cuts or otherwise, which are going to affect oil prices.

America’s new president is really keen on making the US energy-dependent and not subject to the whims of oil-exporting countries. This is why he plans to revive the country’s coal and shale industries which had been stopped by Obama in an effort to reduce carbon emission. (Learn how the 2016 US general election affects traders)

Of course, this is not something you can expect to happen in a few weeks because it requires a lot of input, but if it does happen, you can expect oil prices to take a dive. Being a major importer, if the US no longer needed to import oil, there would be a surplus of oil in the world that would force the oil-exporting prices to slash prices. This hypothetical situation would only get worse as countries kept on dropping prices to maintain a competitive edge.

Away from the hypothetical, you can expect oil prices to rise even higher this year. There are already rumours of OPEC nations planning production cuts, but more accurate information can be seen in Saudi Arabia’s 2017 budget. The Saudi government is planning to increase spending this year on the hopes of higher revenues from oil sales. If the Saudis were responsible for the decline of oil prices, then they can certainly hike the prices back up. Additionally, the US has already slapped Iran with sanctions, yet it is a major oil producer. Lifting of the decades-long sanctions on Iran by Obama may have added to the global supply, and sanctions may reduce oil supply even further.

The area between the $51.50 and $53.30 levels signifies a strong resistance level, but if that can be turned into a support level, we can expect to see Brent rise to the $70 region sometime during the year.

So far, all situations indicate rising oil prices in the short and long terms. Knowing this, here are the currency pairs to watch using your Forex trading platforms:

Generally, currencies of oil exporters will weaken when the price of oil drops and vice versa, but since there are so many countries involved, we make use of currency correlation charts to pick the best pairs (currency correlation and how to use it).

Some of the pairs to watch include:

This currency pair has one of the strongest currency correlation to Brent crude oil prices at -0.42. Apart from being a major oil exporter, Canada’s proximity to the US makes it the biggest supplier of oil to the world’s biggest oil guzzler. The US is actually the 3rd largest oil producer in the world, but its own production does not meet its needs and it remains dependent on the importation of oil. Therefore, the price of oil is often inversely related to the value of the USD/CAD pair.

In the above, you can see how crude oil prices shifted at various critical events and announcements around the world. Below, you can see how the USD/CAD pair reacted in those same exact periods:

As you can see, the two carts seem to react in opposite fashion to one another to respond to the news announcements. This strong negative correlation between the two charts can be used to place profitable trades simply by realizing the changes of oil prices. For example, if the OPEC meeting expected on the 25th of May 2017 confirms production cuts, you will know to short the USD/CAD immediately.

You may not be a fan of exotic pairs, but the Norwegian krona is very strongly affected by oil prices. You may have to incur wider spreads when dealing with such exotic pairs, but as long as you use oil price action, you can make informed decisions when trading the pair. Currency correlation is even stronger here at -0.46, which means that you can predict with relative precision the direction the pair will move.

Another exotic pair, the relationship between the US and Mexico is going to be even more stressed this year. Therefore, you should be very careful when trading this pair to watch if there are any statements from the US president that may affect either of the currencies.

What about the others? 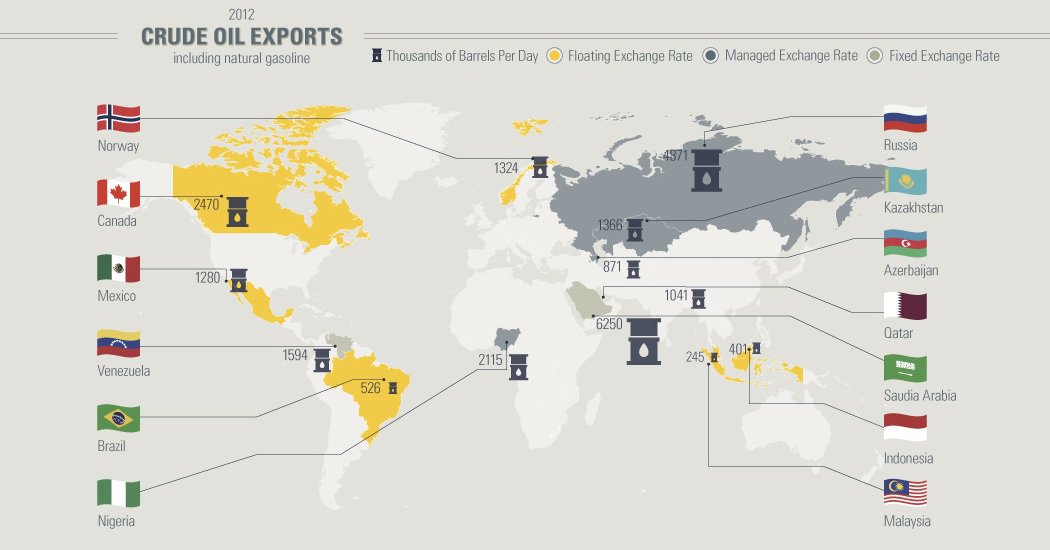 These currency actions make correlations negligible and not effective, hence we don’t look at currency pairs with these countries’ currencies. Understanding the effect certain commodities like these have on the markets is one of the reasons successful traders are able to stay ahead of the pack. (Learn the 10 steps of successful traders)

For more on what impacts oil prices, here’s a brief video: