0.00
EUR/USD
GBP/USD
USD/JPY
USD/CHF
AUD/USD
BRENT
Gold
Bitcoin
Risk Warning: Your capital is at risk. Statistically, only 11-25% of traders gain profit when trading Forex and CFDs. The remaining 74-89% of customers lose their investment. Invest in capital that is willing to expose such risks.
TopBrokers.com > Forex Basics > Trading stock indices

With so many stocks to trade, it is very difficult to keep track of all of them. What you need is an average of the stocks to help make the decision easier, and this is what indices provide. The first index ever created was the Dow Jones index which was created in 1896 by Charles Dow to provide an average of the then large number of companies. 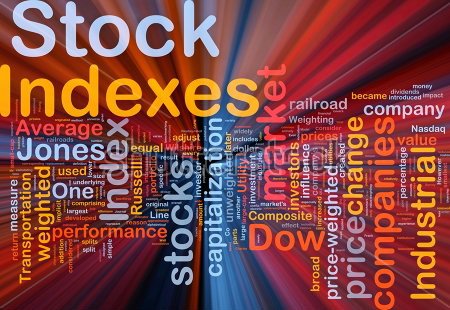 At the time, telecommunication facilities weren’t as advanced as they are today, so the index provided an efficient way for people to invest. Instead of sending requests by telegram for one stock at a time, the index made the process easier. This advantage of indices is still clear nowadays because of the efficiency, despite all the technological advances.

Today, some indices are independent of the stock exchanges where the actual stocks are traded, but most exchanges in the world have created an index for the stocks listed in that exchange.

How are indices calculated?

To calculate the value of the index, a simple average was done for the value of the stocks, but this method had some problems. Different companies have different market capitalizations, which means that the value of one company’s stocks has a greater impact than another’s. To cover for this, a capitalization-weighted formula was created that took into account every company’s market cap so that the value of the index truly represented the actual average. Over the years, various indices have adopted several variations to this method, but all of them still use the weighted average rather than the direct average.

The US has the largest economy in the world, and this is driven primarily by the large number of industries operating in the country. With many companies come many stocks, and there are several indices in the US that represent various aspects of the US economy:

Created by Standard and Poor, the credit rating agency, the S&P is among the most often quoted indices in the world. This is considered to be the best indicator of the economic health of the US because it consists of the largest number of stocks. The index contains 500 stocks of the country’s largest companies, and the list of companies in the exchange changes through the selection of a committee. Companies that are listed have to pass certain criteria, and many companies clamour to have their companies listed there.

To keep the value of the index up-to-date, the index is connected to the NASDAQ and NYSE exchanges so that information is immediately relayed. As trading continues, the value of the S&P 500 is adjusted according to the changing value of the stocks it represents. It uses the traditional capitalization-weighted formula to adjust its value, so it doesn’t cover adjustments like stock splits. Nevertheless, it remains to be a popular and accurate index.

(Learn how to trade on the NYSE)

Although it only lists 30 publicly traded companies, the Dow is still the most prestigious and often talked about index worldwide. To cover for adjustments in the company structure like stock splits, it uses a scaled average method to calculate value. The Dow is also considered to be a measure of US economy health, and it mostly represents the industrial sector with companies such as Verizon, Intel, Boeing and ExxonMobil listed among others.

You will also notice that the value of the Dow is usually quite large, currently trading at above 20,500. This is because the divisor used in its calculation is less than one, making it a bit more inaccessible.

Besides the 2 major indices above, several other indices are available in the US such as the Russell 3000 with 3,000 companies listed, almost all of the public equity market. Exchanges like the NASDAQ, CBOE and AMEX also have their indices that represent the companies traded in the exchange.

Away from the US, many other exchanges have created their own indices, including Europe. The major indices in Europe include:

There are 100 companies listed in the London Stock Exchange and the FTSE 100 represents the overall economy of the UK. To see how the FTSE responds to economic news from the UK, the best example would be to look at the effects of the Brexit poll.

On that single day, the FTSE 100 dropped by almost 20% before recovering in the days to follow. Calculations on value are made by a free-float adjustment factor and some major companies listed include Barclays, BAT, BP, HSBC, Standard Chartered and 95 more.

From the Frankfurt Stock Exchange comes the DAX index which represents 30 of the biggest companies in Germany. Because it represents only 30 companies, it may not be reflective of the actual economy of Germany, but it is still taken as such. Also, because Germany is the largest economy in the Eurozone, the value of the DAX often represents the economy of the Eurozone in general.

Going east, some major indices include:

Going even wider, there are indices that represent stocks of some of the biggest companies in the world. Some of the major global indices include the BBC Global 30, the S&P Global 100, the MSCI World and several others. Unlike the other national indices, international indices are not really useful to traders because they take an average of global economic health. For a Forex trader, it is more important to learn how one economy is performing relative to the other. After all, currency pairs compare the strength of one currency against another. Nevertheless, it might be of some use to someone, so it’s good to know about it.

How to make use of indices

Besides trading stocks, indices are a great addition to a trader’s portfolio because they represent a basket of stocks. In a way, it is similar to trading stocks, only several of them simultaneously. (These basics of stock trading can also be useful for trading indices)

There are 2 ways to make use of indices, trading them or using them as a guide:

You can buy and sell indices just like you do stocks and currency pairs directly or using other financial instruments. Some of the top rated and well known Forex brokers will allow you to trade the indices directly, although these trades usually require a bigger amount of capital. For example, indices do not have mini-lots like currency pairs do, so you have to trade complete lots. Depending on the leverage offered, you may need a lot of capital to trade the indices, especially some blue-chip ones like the Dow Jones which has a very high value.

Besides trading them, you can also use indices as a guide for your Forex trading. For example, learning that the value of the S&P 500 is rising should inform you that the US economy is also becoming stronger. With this knowledge, you can open long positions based on the US dollar or US stocks. Besides, news about indices is spoken about more often on Forex broker reviews websites, and it can act as a great guideline for your trades.