0.00
EUR/USD
GBP/USD
USD/JPY
USD/CHF
AUD/USD
BRENT
Gold
Bitcoin
Risk Warning: Your capital is at risk. Statistically, only 11-25% of traders gain profit when trading Forex and CFDs. The remaining 74-89% of customers lose their investment. Invest in capital that is willing to expose such risks.
TopBrokers.com > Forex Basics > MetaTrader 4 advanced features

We are familiar with MetaTrader 4, and even MetaTrader 5, the most commonly used Forex trading platforms, but most traders are only aware of the basics. This means they are able to login to their trading accounts offered by one of the brokers on the Forex broker list, look at various Forex charts online and even place trades. Other primary features known by most traders may include adding technical indicators, which we have already covered before, even adding custom indicators, and signing up for trading signals.

However, MetaTrader cannot be fully utilized with just these basic uses, and in order to let you know the full potential of this software, we’re going to look at some of the advanced features some of you may never have even considered could be done:

We have looked in the past at some of the ways a trader can make use of technical indicators to maximize profits, but did you ask yourself how these indicators were created? The MetaTrader Forex trading platforms come pre-installed with several indicators such as the MACD, RSI, moving averages, etc., but someone had to create them. Thankfully, MetaQuotes, the parent company of MetaTrader, did not restrict this ability to create helpful tools. In fact, they included MetaEditor, which can be used by anyone to create any technical tool they desire from Expert Advisors (EAs), technical indicators and even scripts.

This is great news to all traders, but there’s a huge caveat, MetaEditor requires that you know about programming code in the MQL4 programming language. As traders, most of us don’t know a lot about programming, so this feature just becomes a glorified tool with no real purpose. To know just how complicated this can be, here’s a screenshot of the code that generates the moving averages we love so much: 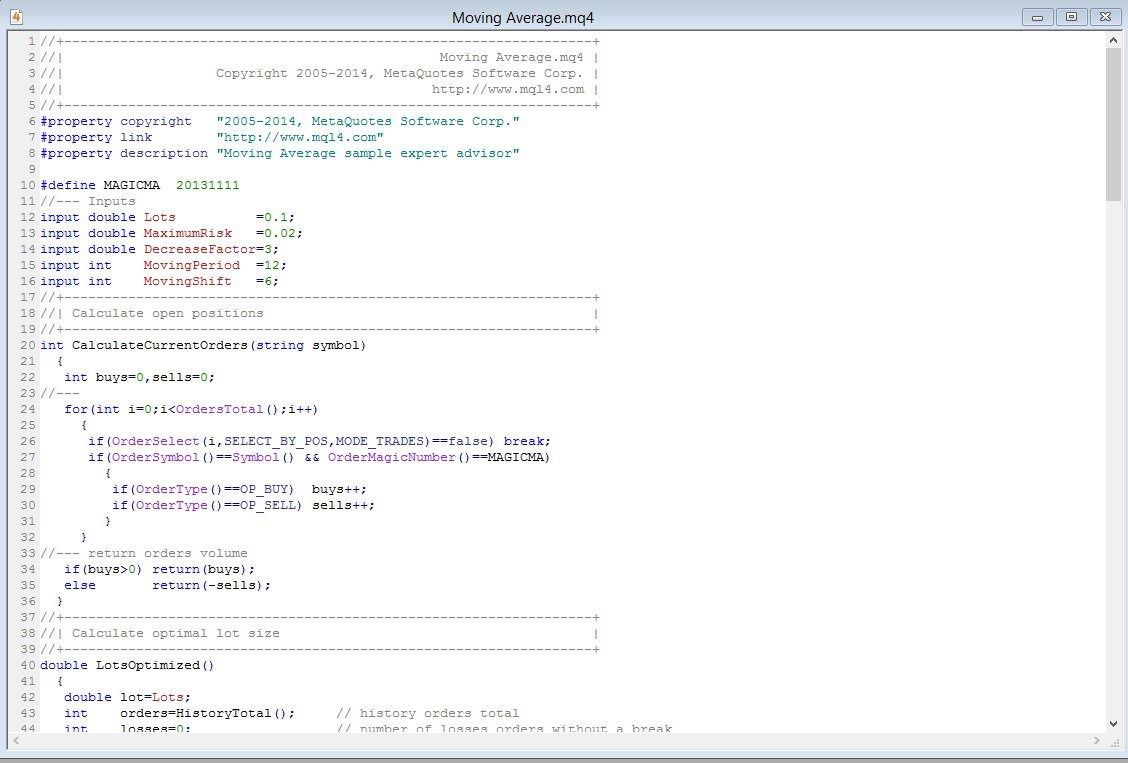 As you can see, there’s a lot of… well, mumbo jumbo going on, and scrolling down the page will do you no good. However, with just a bit of understanding of some of the programming lingo, you can modify some of the already existing indicators, EAs and scripts to your liking. This is how we were able to convert the pre-installed MACD to a 2-line MACD:

The custom MACD has a few more features and is more advanced compared to the pre-installed version, and you can do the same with all other tools. If you have a trading strategy of your own, though, you can find a programmer who specializes in MetaEditor to create either an EA or Script just for you. This might cost you some money, but if it works well, you can even sell it to other traders and make a profit.

By the way, the difference between an EA and Script is that an EA continually places trades on your behalf as long as the set parameters are reached whereas a Script is a one-time executing program that stops executing trades after its intended purpose is accomplished. Both of these tools are used to automate trading and they can be helpful to the trader who doesn’t have time to sit at their working station all day and place trades manually.

Once you have your preferred EA or script integrated into your MetaTrader 4 platform, you then have to allow for automated trading, and this can be done by clicking on ‘Tools’ in the menu bar and selecting ‘Options’ then clicking on the ‘Expert Advisors’ tab: 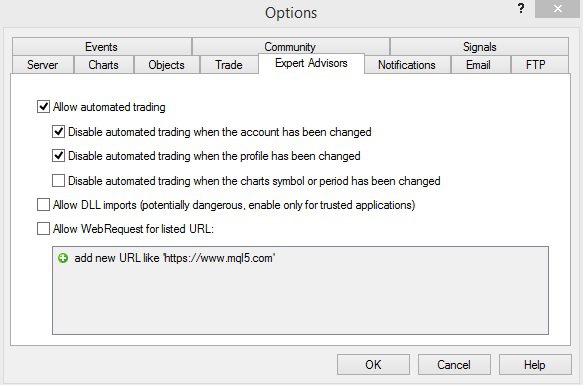 As for the custom indicators you may have created yourself or bought from a developer, you will find it on the ‘Navigator’ window on the left, but you will have to restart MetaTrader. 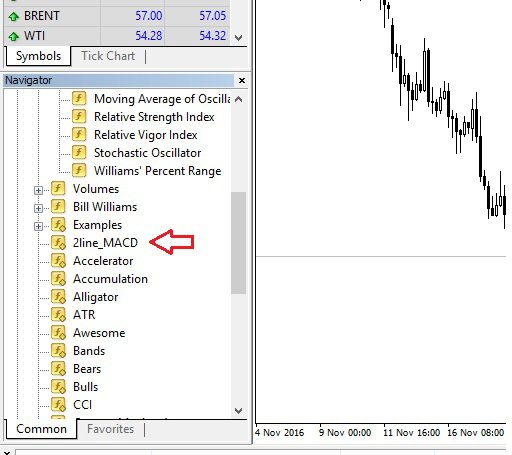 Now that you have your custom indicator or EA integrated to your MetaTrader software, the next natural question would be how much you should rely on the tool. Of course, there would be no way to ascertain whether a certain tool was effective, unless you tries it yourself, but that would probably take weeks. Instead, MetaQuotes included the Strategy Tester into the platform so that you could know whether an EA or indicator works. The Strategy Tester is found on by going to the menu bar, clicking on ‘View’ and selecting ‘Strategy Tester’ in the drop-down menu. 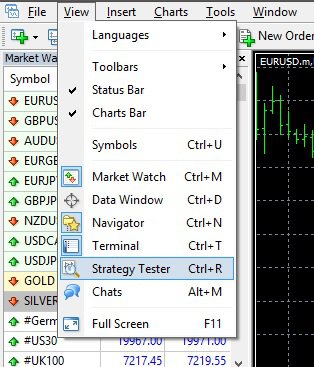 You can see the various parameters to be set including:

The Strategy tester will take some time depending on the model and the length of the period selected. Once you have the results, you will be able to tell how your account would have performed if you had just been using that single EA or indicator, and the results will be on the Tabs below the Strategy Tester window.

In the above image, I tested the EA, MACD sample, which is preinstalled with every MetaTrader version for the period starting 1st January 2016 to the 1st of January 2017 – a complete year. You can see that the strategy tester assigned a $10,000 capital balance on the test account, and the results were dismal, earning the account $187 in a year, which is less than a 2% gain.

You can do this for every other indicator you already have pre-installed and any other you buy or download for free from Forex Forums to ascertain whether they are truly efficient.

I’m not a big fan of EAs, personally, but in the above example with the MACD sample EA, I can’t dismiss its efficacy just by analysing its 2016 performance. The year 2016 in hindsight was a very turbulent one with various major news announcements rocking the financial markets. Since these EAs use technical analysis as opposed to fundamental analysis, it’s possible the EA wasn’t effective due to the unexpected market volatility caused by the news announcements.

Nevertheless, the strategy tester is still a good yardstick for determining whether a certain trading tool is worth believing in before entrusting it to execute trades with your real account.

There are still other advanced features of MT4 which you can find in the video below: