0.00
EUR/USD
GBP/USD
USD/JPY
USD/CHF
AUD/USD
BRENT
Gold
Bitcoin
Risk Warning: Your capital is at risk. Statistically, only 11-25% of traders gain profit when trading Forex and CFDs. The remaining 74-89% of customers lose their investment. Invest in capital that is willing to expose such risks.
TopBrokers.com > Forex Basics > Investing for the future

Investing for the future

As traders, we often look to make money for the near future by keeping an eye on the monthly or weekly growth of our capital. There’s nothing wrong in this, and perhaps it even makes a trader more motivated to work harder to reach their goals. However, one should always keep at the back of their minds the distant future, 10, 20 years, or more ahead, and this is what we’re going to focus on in this post. 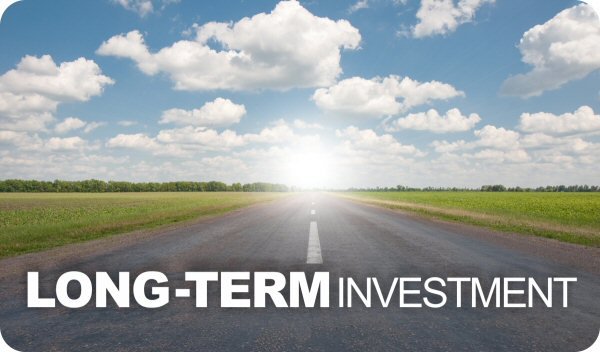 Whether you’re investing so that you can retire comfortably or saving up for your kids’ education, long-term investment is essential for everyone. These investment options may not have the highest annual returns, but they have something that is more crucial in these situations, security. The guarantee that your investment is safe and growing steadily regardless of day-to-day market volatility or political shifts.

A bond is basically a loan by you, the investor, to an entity which repays the loan with interest. The entity can be the government, thus government bond, or a company, thus corporate bond. Companies and governments issue bonds when they need money for taking on projects. You might be wondering why a company would issue bonds instead of taking a bank loan, and this might be because banks impose higher interest rates and other restrictions after giving away a loan. For example, right now in the UK, the lowest interest rate for a loan from a bank is about 3% while most bonds have a coupon of less than 1.5%, which is less than a half and why bonds are preferable to most entities. 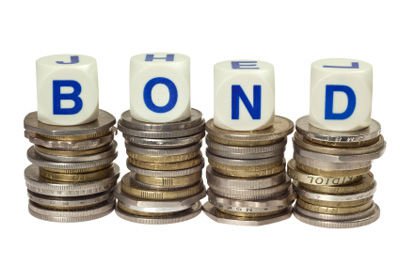 I just mentioned coupon, which is one of the terms you have to be familiar with if you’re going to invest in bonds. The coupon here is just another way of referring to the interest rate, which is earned annually and paid to the investor. The coupon date will be the date on which the interest will be paid out, and this can be once or twice a year. Bonds are also issued for a specified time, after which the bond is said to mature, known as the maturity date. On the maturity date, the initial investment is returned to the investor, known as the face value.

When it comes to long-term investments, bonds are usually considered to be the most secure option, especially when they are issued by the government. This is because governments generally do not default on bonds, even in the worst circumstances. Just look back to the Great Recession in Spain which started in 2008 sending the country into severe debt, but Spain was bailed out by the European Central Bank (ECB). This creates a lot of confidence in government bonds because a country hardly ever collapses and defaults on bonds. With corporate bonds, even if the company goes bankrupt, bond holders are the first to be refunded after the company’s assets are liquidated.

However, this risk also makes bonds to have very low coupon rates, which can be very unattractive for the near-term, but not for the long-term. In fact, the longer the bond term, the higher the coupon will be. Take the US Government bonds, for example, where the 10-year bond has a 2% coupon and the 30-year bond a 2.88% coupon. This means you can make, on a $10,000 investment, $200 every year on the former and $288 on the latter.

Once you have a bond, you can sell it through a broker who can float the bond on an exchange like the New York Stock Exchange (NYSE), or sell it to another one of their clients. In fact, most bonds are purchased this way, whereby you don’t get the bond directly from the issuer. In these cases, the value of the bond is calculated using the yield to maturity date, which can be different from the original coupon rate depending on the remaining term of the bond and the annual coupon. Governments and companies initially issue bonds through auctions, and this is where you get the actual coupon rate from the issuer.

When purchasing bonds, it is important to keep in mind the risk of the bond – higher coupon rates usually infer higher risk, and you should try to avoid these kinds of bonds. Nevertheless, the returns may be too lucrative, and you can still take a stab as long as you remember to hedge your positions.

Unlike bonds which are risk-free, stocks may have a bit more risk, but their potential for enormous returns appeal to those investors unafraid of taking risks. We have already looked at the basics of stock trading in an earlier post, but here, we’ll be looking at stocks as a long-term investment. Unlike bonds whereby you are basically offering a loan, stocks offer you a piece of a company whereby you share in the company’s profits and losses alike. 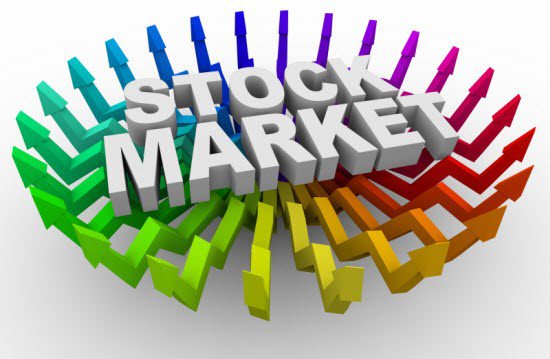 To understand the risks and returns of investing in stocks, we’ll look at a few companies as examples. One of the stocks that have had great returns is Facebook whose stock was made available through an IPO in February 2012 at $38 per share. The stock is now trading at $127, which is more than a 200% return in just under 5 years. By August 2012, Facebook’s stock had dropped to under $20 and several major investors cashed in and left, but those who stayed on have seen great returns.

On the other hand, companies like Peabody Energy stock have dwindled from $73 in 2011 to just over $3 at the moment. The company is the largest coal company in the private sector worldwide but its stock doesn’t carry as much weight and there’s even talk the company might go bankrupt.

The lesson to be learnt from the above example is simple, choose the stocks with the most positive outlook. Currently, ‘green’ energy is becoming more popular with nuclear power and electric cars being preferred, and this puts pressure on coal miners like Peabody Energy. This company was also hurt by the emergence of new mining technologies like fracking which were more efficient for mining natural gas. Technology, though, is growing fast as is evidenced by Qualcomm’s growth, and you should look for opportunities in such fields.

Thus, when buying stock for long-term investment, think about what the future might look like and invest in those companies that show the most promise. If you want astronomical returns, don’t look at Fortune 500 companies because their stock prices don’t change a lot, instead, penny stocks may be riskier but have higher returns. An example is Concur Technologies which now trades at $127.43 from a low of $0.31 during the stock market downturn of 2001. Such an investment would have more than a 41,000% gain. Just remember that these penny stocks, while unbelievably rewarding, don’t always go well and most of them either collapse or never go above their original stock price.

Both bonds and stocks require a significant amount of capital if you want to see any good returns. It gets even worse when you have to split your capital into various stocks and bonds to diversify your portfolio, and end up with only very small returns – unless you do it through a mutual fund. Remember PAMM accounts? Well, mutual funds are just like PAMM accounts, except they don’t trade the Forex market.

A mutual fund basically pools together funds from the investors and invests the money in stocks, bonds or both. The mutual fund you choose to join should specify which financial instrument they are investing in as well as their trading strategy regarding risk management. If you feel that the mutual fund represents your trading style, then you can invest your money there. For example, a cautious trader can choose a conservative mutual fund that sticks only to the most stable but least paying government bonds while another may opt for one which selects high-yielding bonds from risky governments.

The advantage of a mutual fund is that it relieves you from the burden of having to do your own research on which might be the best stocks or bonds to invest in.

An ETF is just a mutual fund which can be traded on an exchange – think of it as buying shares of a mutual fund. ETFs are a relatively new financial instrument, but they are fast becoming more common and there are thousands of ETFs available today. Choosing an ETF is similar to selecting a mutual fund, too, so find the ETF representing the mutual fund with similar investment values as yours.

For those investors who prefer to deal with tangible investments rather than speculative ones, you can always choose ownership investments. These include investing in businesses, such as a startup company, real estate and even precious items.

Investing in business as a long-term plan can be difficult, but with the right management, your business could have grown a lot in a few years without requiring too much of your time. Real estate is another common investment where investors choose land or properties hoping that it will appreciate over time. With precious items, like collectibles, it comes down to passion because you can’t be sure the item will still have value a few years down the line.

It is clear that there are numerous investment platforms one can get into and make a lot of money as long as they are willing to take the leap of faith. As I said at the beginning, every trader should consider one of the above options for their future because you never know what might happen the next day and you must ensure you don’t fall from grace.

And now to listen to one of the best investors of all time: