0.00
EUR/USD
GBP/USD
USD/JPY
USD/CHF
AUD/USD
BRENT
Gold
Bitcoin
Risk Warning: Your capital is at risk. Statistically, only 11-25% of traders gain profit when trading Forex and CFDs. The remaining 74-89% of customers lose their investment. Invest in capital that is willing to expose such risks.
TopBrokers.com > Forex Basics > How to work with the economic calendar

How to work with the economic calendar

The day the Forex calendar was created should be celebrated by every Forex trader in the world because it is a very important resource. In the past, traders had to keep their own records in their personal calendars so that they wouldn’t miss any important news announcement. This obviously took a lot of effort, but now anyone can easily load the economic calendar on their smartphones or computers. 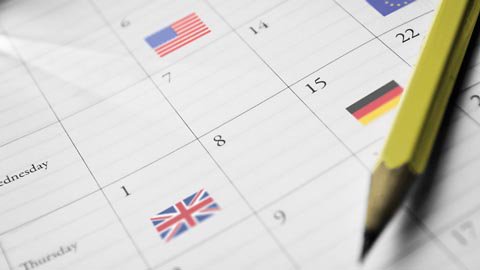 Where to find the economic calendar

We have our very own economic calendar Forex in the link provided. On that page, you will find the upcoming news announcements that are going to be announced next. The news will be tabulated in a page such as the one in the snippet below: 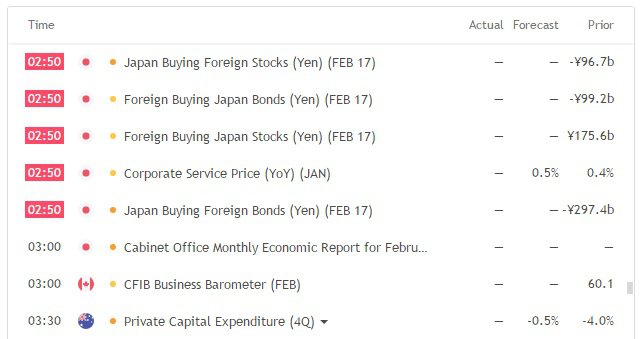 Interpreting data from the economic calendar

As you can see in the screenshot above, there are 5 columns representing time, the expected news and previous, expected and actual data from the announcement. The table is constantly updated so that the announcements to be made soonest are at the top.

The first column on the left tells you when the announcement will be made. The time is under the GMT+3 timezone, so you should remember to adjust your trades accordingly and convert them into your timezone. The next column will tell you what news to expect and the currency it affects. In the above example, you can see that there will be a lot of news announcements coming from Japan then later from Canada and Australia. This will let you know which currency pairs to pay attention to.

The final 3 columns are the most important. At the far-right are the details on the figures released during the previous announcement and in the middle, the figures being anticipated by market experts. Even though they are only speculations, the forecast column has an effect on markets shortly before the actual results are announced. For example, when experts believe the figures will go up, the value of that currency will begin to rise even before the announcement is made and vice versa. The reason is simple; every trader prefers to get in on trades early.

Once the actual announcement is made, markets react instantly and prices move dramatically which causes slippage due to increased volatility. To avoid slippage and also to maximize profits from the anticipated trend, people will buy or sell the currency making it stronger or weaker right before the announcement. Such a move is risky because experts are sometimes wrong and their forecasts are void which can bring about losses.

If you would still like to maximize profits by getting in early, the best solution would be to use pending orders. That way, you minimize slippage and don’t get hurt in case actual results are not the same as the forecasted figures.

The final column of the three is the figure from the actual announcement, and the one that rocks the markets. The economic calendar will be automatically adjusted once this time is reached so that you know what’s going on. After the news is announced, both the previous and anticipated figures affect how much movement is going to be seen. If the actual value is lower than the previous value, yet the forecasts predicted a higher value, the drop is usually sharper as market sentiment turns drastically. The change is sharper than if the actual results are in line with the anticipated results where many traders will already have sentiment tilted that way. Regardless of how sharp the change is, you still want to go along with the tide and make a profit. (See Forex market sentiment indicators)

Tips on working with the economic calendar

You know, just because you can find the list of anticipated news on the economic calendar doesn’t mean that’s all you need to know, there are still some issues to consider. Some of these are:

Be aware of the timezone

It’s no use knowing when something is going to happen if you can’t relate to it in your timezone. Depending on the provider of the economic calendar, the timezone will usually be set to their location while others will keep it at a standard timezone like the eastern standard time (EST). There are a few, though, who will provide you with the option to change timezone so that you know when to expect the news from your own watch.

On your end, you should also take note of the timezone your Forex trading platforms are set to. Unfortunately, the most popular trading platform, Metatrader, does not allow you to do so. Instead, time is determined by the server from which you receive your quotes, and this can vary from one broker to the next on the top fx trading brokers. The server will usually be where the brokerage company is registered with the Forex regulators, but the most popular ones will have many servers to maintain traffic.

However, I’m not just going to leave you hanging. If you’ve already figured out the timezone of the server, good for you, but if you haven’t, there’s a MetaTrader indicator at the bottom of the page which you can download. The indicator will provide you with your local time, the server’s time and the time in major cities like London and New York.

To add the indicator to your MetaTrader 4 platform, go to ‘File’ then ‘Open data folder’. Now, go to ‘MQL4’ and open the ‘Indicators’ folder. Copy the indicator from your ‘Downloads’ folder or wherever you downloaded it to and paste it in this folder. Finally, move to the navigator window, right click anywhere and select ‘Refresh’. It will take a while to load, but you will now be able to find the ‘TimeZone’ indicator there afterwards. Now you can either double-click on it or drag it into the main chart window.

With the indicator running, you will be able to tell when the news being announced on the economic calendar will happen in your timezone. This will enable you to plan more effectively so that you are not late to react when the announcement is finally made.

Sort news according to importance

There are always news announcements around the world being released every now and then – most of it doesn’t have a significant impact on the markets. If you are worried about every piece of news coming out in some corner of the world, then you won’t even get the time to plan your trades. To avoid any confusion or excess information, only worry about the most important news announcements. 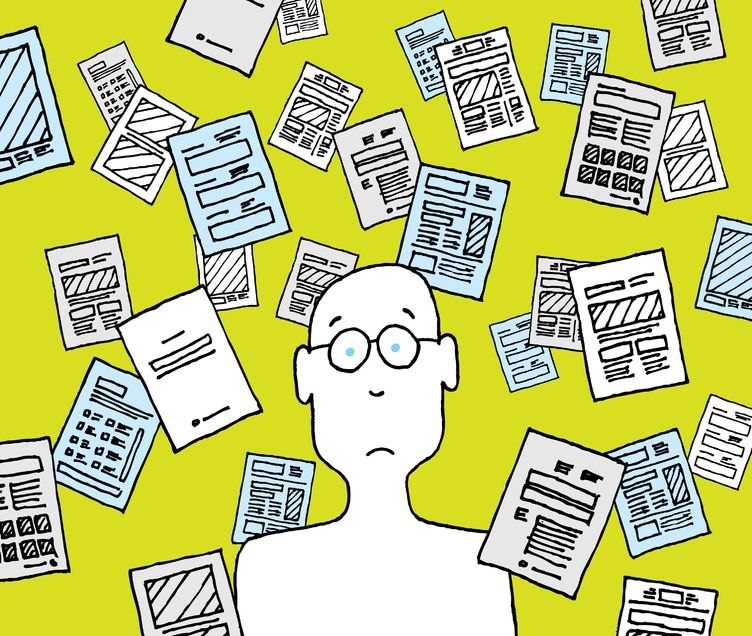 On our economic calendar, we’ve made it easy to identify the most relevant news announcements to be made. The graphics shown just before the name of the announcement will either be coloured in yellow, orange or red. Red represents the most important news – those announcements that will have the biggest impact on the markets. The remaining colours, yellow and orange will indicate mild and intermediate news priorities. These news announcements will only cause minor shifts in the Forex market, and they don’t get much attention.

To narrow your focus and avoid the noise, focus on the most important news information such as:

You can see how such announcements affect the market just by looking at the historic price movements on any currency pair chart such as the one above.

More is not always better

Just because a figure is higher doesn’t mean it’s good for a currency. Certain figures like unemployment and inflation are best kept as low as possible, so a lower reading on the actual value than the previous value is good for the currency. Keep this in mind so that you don’t make an uninformed decision.

To understand the importance and usage of the economic calendar, here’s a quick video: