0.00
EUR/USD
GBP/USD
USD/JPY
USD/CHF
AUD/USD
BRENT
Gold
Bitcoin
Risk Warning: Your capital is at risk. Statistically, only 11-25% of traders gain profit when trading Forex and CFDs. The remaining 74-89% of customers lose their investment. Invest in capital that is willing to expose such risks.
TopBrokers.com > Forex Basics > History of binary options

There are lots of financial instruments that can be traded in various markets, and the 2007 global recession showed us just how little we know about the financial world. In case you didn’t know, one of the main causes of that disaster was a financial tool known as a credit default swap (CDS). More on that at another time, let’s just focus on binary options.

Binary options are a financial instrument that offers a payoff based on the difference between the price of a commodity, future, stock, index or forex pair at the time the trade is placed and at a specified time in future. They are also known as all-or-nothing options, fixed return options or digital options. They are known as all-or-nothing options because the trader can either gain the payout percentage or lose all of their investment.

How binary options trading came about

Binary options have been around for a long time, more than 40 years in fact, when the Chicago Board Options Exchange (CBOE) was created by the Chicago Board of Trade (CBOT). At the time of its creation, binary options were not regulated by any official financial regulatory body, and it also wasn’t available to the public. Instead, it was only limited to the big banks and other high net-worth institutions and investors.

These parties favoured binary options because they are not very complicated and worked on an all-or-nothing system that was easy to understand. Binary options remained obscure and unregulated for a long time until it became a lot more popular among the big banks in 1997 - 1999. This period marked the Asian financial crisis that called for simpler financial instruments, and more countries and banks began to use binary options. Even then, binary options were still unregulated by any financial body and had only a few parties who traded with them.

Afterwards, binary options were then available on most major exchanges, and soon thereafter they were made available to the public, no longer just restricted to the big banks and institutions. Several banks offering Forex trading also started issuing binary options. Then there arose numerous binary options brokers who offered binary options over-the-counter to individuals.

Binary options are essentially a gamble on how a certain commodity, currency, stock or index will be valued at a certain time in the future. Let’s take Apple as an example, which is currently trading at around $111.60 in the stock market. You know that Apple have just announced the release of the new iPhone 7 and that it will be available 2 days from now. You also know that people camp outside Apple stores the night before the new iPhone is released, so sales are guaranteed to be overwhelming.

A regular trader would buy Apple shares at the current price then watch the market very closely as the share price fluctuated either way, then sell their shares whenever they feel content with their return. Binary options, though, are very similar to regular trading, except that it has an ‘expiration date’. You would not need to keep watching financial news to decide when you were going to close the trade when it comes to binary options, because the trade is going to close at the specified time.

Back to our example, you feel confident about Apple shares rising immediately the iPhone 7 is made available, so you ‘call’ Apple under binary options. Did that throw you off? Alright, with regular trading, you ‘buy’ stock that you think is going to rise and ‘sell’ that which you believe will depreciate. On the other hand, you ‘call’ binary options that you think will rise and ‘put’ those that you believe will depreciate.

Let’s get back to it then – you ‘call’ Apple stock at its current price ($111.60), also known as the strike price, and set an expiration date of, say, 20th September since the iPhone 7 will be available on the 16th of September. Keep in mind that in the actual trade you will be able to specify the exact time you want the binary option to expire. We’re not psychics, but from past experience every time a new iPhone is released and from the news reports about the number of pre-orders, I’d ‘call’ my Apple binary option.

The math behind binary options trading

The amount of profit to be made from the binary options, therefore, would be the result of multiplying the rate of return by the amount of money invested. If, for example, you bought binary options worth $100, and by the time of the expiration, the share price of Apple is higher than $111.60, then you would have gained $70 (70% x 100) and would end up with $170. That’s awesome, but there is a slight caveat to the whole thing – if you’re wrong, then you lose EVERYTHING. Unlike a regular trade where you can close your trade if things go against your predictions, binary options are an all-or-nothing game.

How else can binary options be used?

Why are binary options so popular right now?

Despite being readily available now to the public since 2008, retail traders still didn’t fully understand binary options, thus they weren’t in high demand by the public. In addition, only ‘call’ options were available at that time, which meant that traders could only speculate on a commodity’s rise in value.

The laws of demand and supply were quickly in effect, and advancements were made to the platform to cater to the demand. More enhanced software platforms were developed which allowed for more flexibility and also allowed users to ‘put’ binary options; so now traders could use binary options more freely. Soon, forex brokers also caught on to this rising fad and began to offer binary options alongside forex pairs.

Recently, increased advancements to trading software have added even more flexibility, allowing traders to purchase binary options with little funds even below $100. Besides just allowing for little amounts of investments, it is now also possible to place binary options expiration dates at very specific times.

There’s more, insurance is now available for binary options! The idea of an all-or-nothing deal put off many traders, after all, no one would want to lose all their investment on a single misstep. Now, some brokers will offer you insurance in case your binary options trade goes bad, so that you don’t lose all of your investment. However, using an insurance policy alongside your binary option would mean a lower pay-out percentage, although it gives the confidence of retaining some of your capital.

You see, most binary options are traded in an over-the-counter market, meaning that there isn’t a specified physical location. These include phone calls and other proprietary electronic trading systems like Metatrader and cTrader. While most brokers are honest and pay out to their clients, there are still crooks who fail to pay their clients when they win and others who manipulate price data.

Despite being officially regulated by the SEC and other financial regulatory boards; it is near impossible to keep an eye on all the binary options brokers springing up all over the world. An example of such a broker is Banc de Binary which was penalized by the SEC, CFTC and CySEC and forced to pay back their clients’ losses because of manipulating prices. 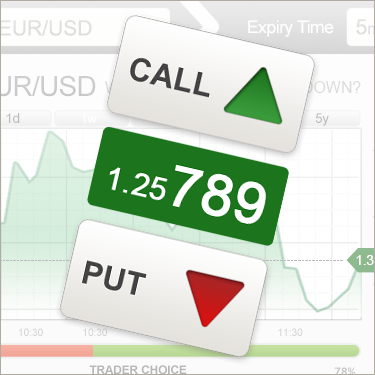 Despite the criticism of binary options by financial regulators like the SEC, they remain to be incredibly profitable. As you can see from the example above, you can make $70 from a $100 stake, leaving you with $170 in just a single trade. All you need is to find a reliable broker who deals with binary options or the best Forex broker who also offers binary options.

There's still a lot more to learn about binary options, and this video provides the details: